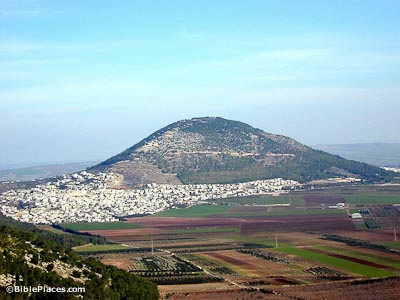 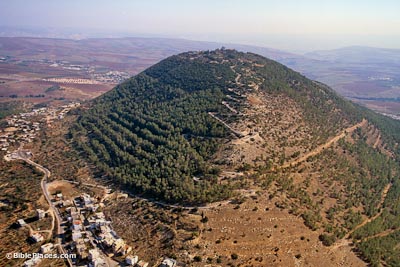 The Israelite tribes gathered on Mount Tabor in the days of Deborah. The Canaanites were assembled at Harosheth Haggoyim (likely on the opposite side of the Jezreel Valley) and Barak led the Israelite charge of 10,000 men against Sisera’s army. It seems that the Lord’s intervention on behalf of the Israelites was in the form of a rainstorm, such that the Kishon River flooded and made chariot travel for the Canaanites impossible (Judges 4–5). 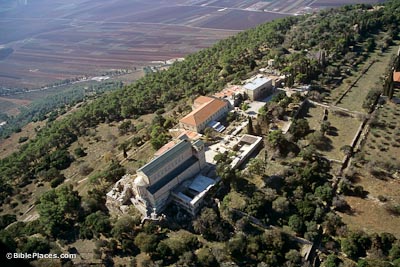 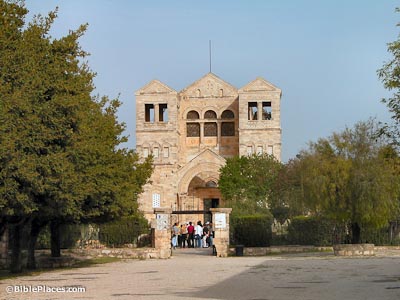 Basilica of the Transfiguration

The date of the earliest churches on Mt. Tabor is unknown. The Anonymous Pilgrim of Piacenza saw three basilicas in 570. Willibaldus, in 723, mentions only one church dedicated to Jesus, Moses, and Elijah. There may have been three chapels joined together into one building, as in the present building. The current church was built in 1924 and belongs to the Franciscans. 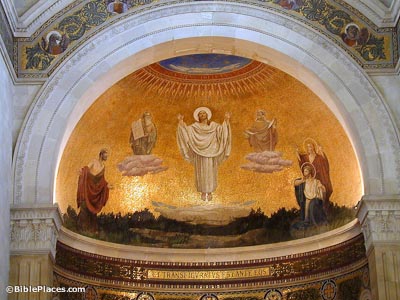 Mt. Tabor is probably not the location for the Transfiguration: (1) Jesus and His disciples are in the region of Caesarea Philippi just prior to the Transfiguration. (2) The general location of the mountain is not isolated. Much traffic passed by through the Jezreel Valley below. (3) A military fort was located on top of the mountain and was clearly in use during the Hasmonean period and the time of the Jewish Revolt, and likely would have been in Jesus’s day as well.

Mount Tabor (See the Holy Land) Offers a brief introduction to the site and its historical significance. Discusses briefly whether it was actually the site of the Transfiguration.

Mt. Tabor (Gems in Israel) Well-written article on the site, providing general information and tips on making a visit there. Also recounts the story of Deborah and Barak.

Mount Tabor (Tourist Israel) Gives easy-to-read information on the location and setting, along with a few modern attractions.

Exploring Mount Tabor: A Visitor’s Guide (PlanetWare) An extensive article that includes large photos, a map of the site itself, and a nice section on the history.