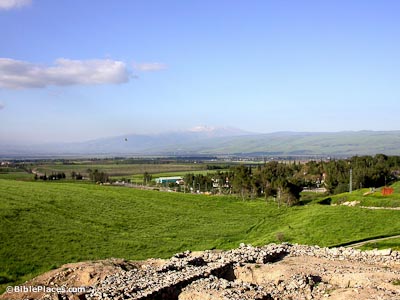 Mount Hermon is the southern tip of the anti-Lebanon mountain range.  Its highest peak is 9,230 feet (2,813 m) and the highest point inside Israel’s borders today is Mizpe Shelagim at 7,295 feet (2,223 m).  The mountain is the only place with snow skiing in the country. 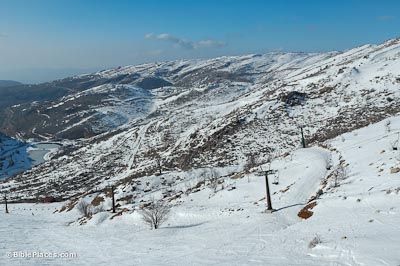 The mountain has been known as Ba’al Hermon, Senir, Sirion, Sion, and by Josephus as Mt. Lebanon.  Today the Arabs call it “Jabel A-talg” which translates as “the snow mountain.”  More than twenty ancient temples have been found on the mountain or in its vicinity. 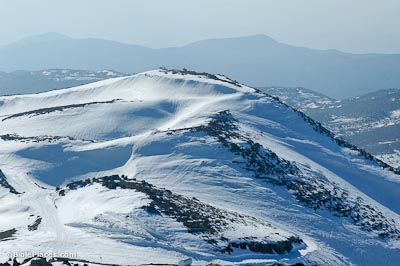 The Heights of Hermon

Song of Solomon 4:8 (NIV): “Come with me from Lebanon, my bride…. Descend from the crest of Amana, from the top of Senir, the summit of Hermon, from the lions’ dens and the mountain haunts of the leopards.”

For historical photos and illustrations of Nimrod’s Fortress on Mount Hermon, see our page on Life in the Holy Land.

Ain Harcha Temple, a Marvel in Hermon Mountain (Lebanon Untravelled) Includes a few photos of a Roman temple on the Lebanese side of Mount Hermon.

Mount Hermon (Wikipedia) Information on the Israeli ski resort and the climate, along with geographical notes and religious connections.