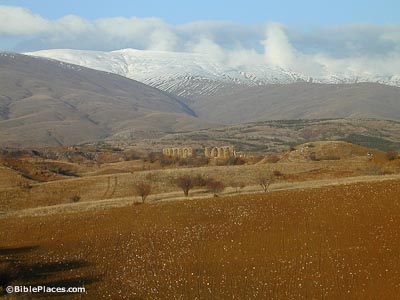 The city was founded in the 3rd century BC by either Antiochus I or II, but it only achieved prominence after its refounding as a Roman colony by Augustus in 25 BC.

Three members of the imperial family served as honorary magistrates of the city from 15 BC to AD 35, attesting to the importance of this Galatian city. 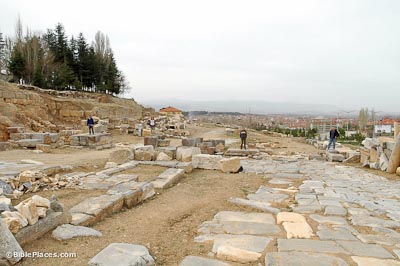 This triumphal arch gateway was excavated by the University of Michigan in 1924.

The gate was built in the 2nd century AD and was dedicated by Hadrian in AD 129 on his tour of Asia Minor. 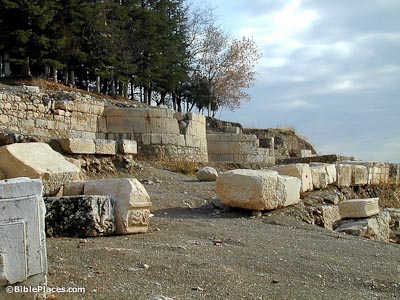 The city was a major Hellenistic center in the centuries before Paul’s arrival. It was located along the route from Ephesus to Cilicia.

Jewish inhabitants were brought to the city by the Romans for political and commercial reasons and it was to this community that Paul preached on his first missionary journey. 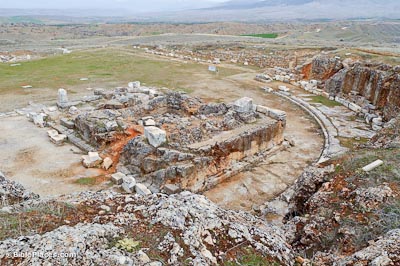 As Augustus was regarded as the city’s founder, this temple dedicated to him was built after 2 BC and became the focal point of the city.

This podium temple was constructed in front of a two-story semi-circular portico and adjacent to a large colonnaded courtyard. The temple was first excavated by Ramsay in 1912–14. 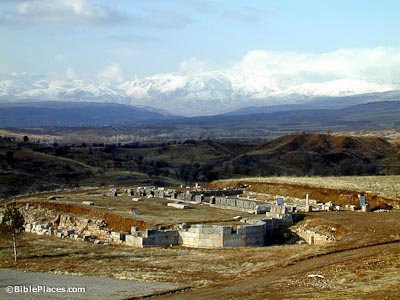 The remains of this Byzantine church are the traditional location of the synagogue in which Paul preached (Acts 13:14-52).

Recent excavations have revealed a 1st-century building underneath the church which has been identified as the synagogue. In the church a mosaic floor has been found with Psalm 42:4 inscribed on it.

Order These Photos on the DVD Set

Pisidian Antioch (Pilgrim Tours). Briefly describes the site itself and its major features, with pictures.

Antioch of Pisidia (Turkish Archaeological News). A delightfully thorough description of the site, with many photos at the bottom of the page.

Pisidian Antioch (Underground Network). Looks at Paul’s visit to Antioch in the context of his broader missionary journey and Acts as a whole.

Antioch and Pisidian Antioch (Crystalinks). Detailed text reveals the importance of this city, particularly in the Roman empire and in the spread of Christianity.

Pisidian Antioch (Biblical Turkey). Summarizes the importance of Paul’s decision, made in this city, to the history of Christianity.

A Site Out of Sight: Antioch in Psidia (Turizm.net) Prompts tourists to visit this less commercialized site with a personable description of the important archaeological remains and other features of interest.