Israel is moving forward on plans to extend the high-speed train line to a station near the Western Wall in the Old City of Jerusalem.

Restoration work has begun on the floor of the Church of the Holy Sepulcher.

$1.3 million has been given to support marine archaeological research off Israel’s coast.

Volunteer applications are being accepted for excavations at Tell Keisan this coming September.

A BBC documentary describes the discovery of a hoard of silver decadrachm coins in Gaza, and what happened to them next.

Egypt has sentenced the brother of an ex-minister to 30 years in jail for smuggling antiquities.

Iran’s Basij Resistance Force is apparently threatening to destroy the historic tomb site of Esther and Mordecai, located in Hamedan.

Wayne Stiles was at Colossae last week and he reflects on the significance of the site and Paul’s letter to the church.

An archaeology park featuring a Roman theater is being developed in Ankara.

Debate continues over whether a skull unearthed 120 years ago near Pompeii belonged to Pliny the Elder.

Italian archaeologists have found underneath the Roman Forum an ancient shrine and sarcophagus that was likely dedicated to Romulus.

A conference on “Sheshonq (Shishak) in Palestine” will be held in Vienna on March 6-7.

Ferrell Jenkins answers questions about the six water jugs at the wedding of Cana.

Herod Antipas, ruler of Galilee during Jesus’s ministry, is the subject of the latest archaeological biography by Bryan Windle.

To listen to the latest episodes on The Book and the Spade, see this page. 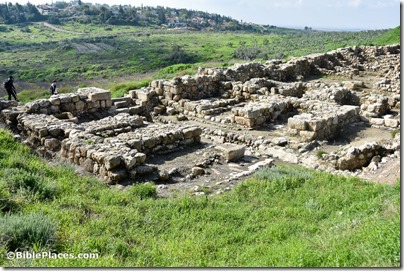 This week on our Facebook/Twitter/Instagram streams we featured sites related to Israel’s kings, including this one of the gate at Gezer that was built by King Solomon’s administration.