Last Days for Roads of Arabia


The “Roads of Arabia” exhibition ends its U.S. tour on January 18, 2015, at the Asian Art Museum in San Francisco. The website does not indicate any further venues for the exhibition, so this might be the last chance to see it. Here are some of our posts about it on this blog (from most recent to earliest):

The official website of the “Roads of Arabia” exhibition is online here. I did not notice before that the site has a downloadable “Roads of Arabia Bibliography” at the bottom of this page (direct link). This looks like a helpful resource to have on hand. The first two items of the bibliography are exhibition catalogs. The first of these can be downloaded at the link given above. The second one looks very similar to the first catalog, but it is not exactly the same. Poking around online, I was able to locate a few of the individual chapters. These appear to have better quality images than the full-volume pdf.

The Nelson-Atkins Museum of Art also has a downloadable bibliography related to the exhibition.
Share:
Leave a comment

Roads of Arabia Volume in PDF

In response to a post last week in which we mentioned the book Roads of Arabia: Archaeology and History of the Kingdom of Saudi Arabia, Harry Orenstein has alerted us to the existence of a pdf of the volume. The file (22.2 MB) can be downloaded from the website of the Saudi Commission for Tourism and Antiquities using the last link on this page. It is a pdf of the English version of Roads of Arabia. The quality of the images has been degraded, so the pdf does not replace the printed book, but it does make the volume searchable and much easier to move around.

There are a few other documents as well. Here are direct links to each: 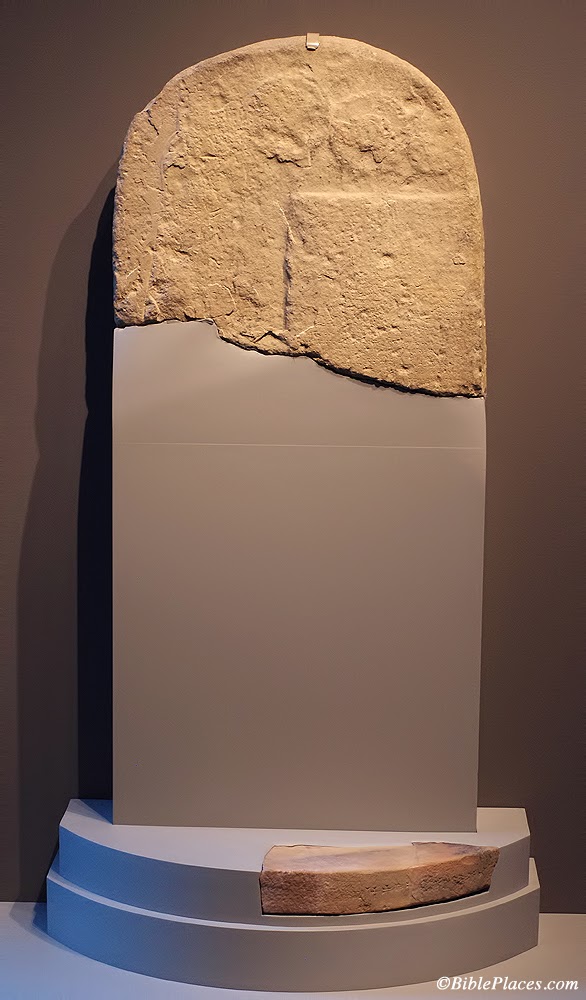 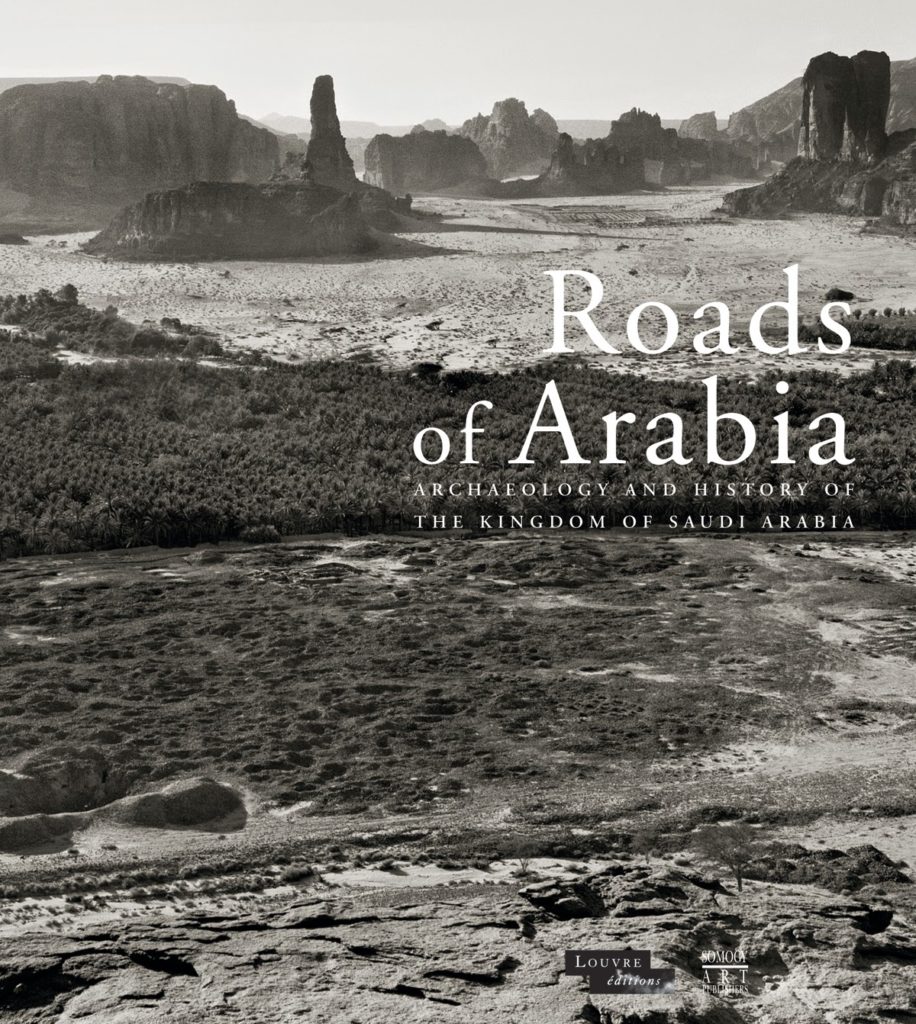 Roads of Arabia in Houston

We have been following the journey of the “Roads of Arabia” exhibition since its opening in 2011. (Previous posts can be seen here, here, and here.) It is now being shown at the Museum of Fine Arts, Houston, TX, until March 9. An article in the Houston Chronicle describes the exhibit and provides hi-resolution images of some of the highlights. Further information can be found at the Museum of Fine Arts website and at the Roads of Arabia exhibition website.

Roads of Arabia: Archaeology and History of the Kingdom of Saudi Arabia examines the impact of ancient trade routes that traversed the Arabian Peninsula, carrying precious frankincense and myrrh to Mesopotamia and the Greco-Roman world and allowing for a vibrant exchange of both objects and ideas. With the later rise of Islam, pilgrimage roads converged on Mecca and gradually replaced the well-traveled incense roads.

This unparalleled exhibition features objects excavated from more than 10 archaeological sites throughout the peninsula. Among the works on view are alabaster bowls and fragile glassware, heavy gold earrings, and monumental statues. These objects testify to the lively mercantile and cultural exchange between the Arabs and their neighbors, including the Egyptians, Syrians, Babylonians, and Greco-Romans.

The surprising discoveries on display in Roads of Arabia open a new window onto the culture and economy of this ancient civilization. The unprecedented assembly made its U.S. debut at the Smithsonian Institution’s Arthur M. Sackler Gallery in 2012 before traveling to the Carnegie Museum of Natural History in Pittsburgh. An earlier version of the show was exhibited in Barcelona, Berlin, Paris, and Saint Petersburg.

Aryn Baker wrote a piece for Time Magazine entitled “Saudi Arabia to Tourists: We Are Just Not That Into You” in which she describes how Saudi Arabia has put out a “do not disturb” sign for foreign tourists. Thus, it would seem, there are few opportunities for people to gain access to the archaeological finds from this country. That is what makes the “Roads of Arabia” exhibition so significant. “Roads of Arabia” showed in several European museums before coming to the United States. The exhibition just finished up at the Smithsonian Institution’s Arthur M. Sackler Gallery and is now headed to Pittsburgh. The exhibition has a website with hi-resolution photographs of exhibition highlights, including this pedestal or altar discovered at Tayma (biblical Tema [Job 6:19]). 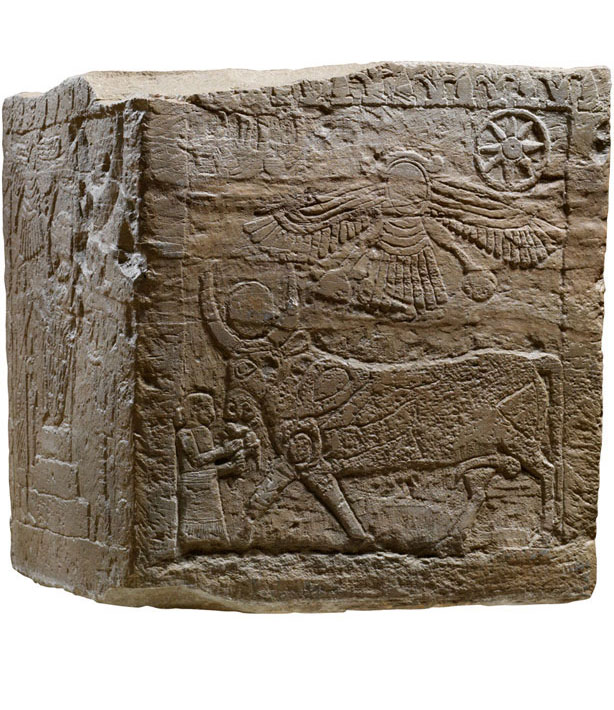 Here is the schedule for upcoming shows of the exhibition:

In an earlier post, we mentioned a dispute between Turkey and Germany over a gate sphinx which had been excavated at the Hittite capital of Hattusa and which is now on display in Berlin’s Pergamonmuseum. Turkey’s Minister of Culture and Tourism had threatened to withdraw Germany’s permit to excavate Hattusa if Germany did not return the sphinx. Previous requests by Turkey had been rejected, but now it seems Germany is willing to discuss the return of the sphinx. You can read more here.

Iran has “cut ties” with the Louvre, according to this report. The Louvre did not meet a deadline to decide which Persian objects in its holdings it would loan to Iran for exhibition. The same article makes mention of the Cyrus Cylinder which the British Museum loaned to Iran. The Cylinder was supposed to be returned in January, but the British Museum has agreed to extend the loan for an additional three months (see here).

Saudi Arabia has been showing 300 objects, including pre-Islamic artifacts, from its cultural heritage in an international exhibition named “Roads of Arabia.” We made mention of the exhibition here. A lengthy article (for the web, at least) in Aramco World gives some historical background to the exhibition. “Roads of Arabia” has already shown at the Louvre and in Barcelona. According to the article, the exhibition “will visit St. Petersburg, Berlin and Chicago through 2013.” (The map which accompanies the article is interesting. I cannot determine what scheme was used for labeling countries. Some modern states are labeled, such as Yemen, Qatar, and Kuwait. Other countries are not labeled, such as Iran and Israel. Turkey is labeled “Minor Asia.”)