The Jerusalem Post has the story of a discovery that is potentially one of the top 10 of all time in biblical archaeology, if it is true. Gershon Galil, professor at Haifa University, claims that he has discovered and deciphered a couple of inscriptions in or near Hezekiah’s Tunnel that identify Hezekiah as the maker of the tunnel, give the very day of its construction, and describe other accomplishments of the king that agree with the biblical account. My hesitation is based in part on the fact that the article cites no other scholars and Galil has made some dubious claims—seeing inscriptions where others do not—in the recent past. And I’m always suspicious when a dramatic claim confirms the scholar’s previous conclusions, whether liberal or conservative. Luke Chandler has some additional information from Galil’s peer-reviewed Facebook page.

A wooden box containing 15 silver coins from the Maccabean period that was discovered earlier this year in the Judean Wilderness will go on display at the Hasmonean Museum. The IAA produced a 2-minute video of the discovery.

“A rare, half-shekel coin from the Great Revolt from 66 CE to 70 CE during the Second Temple period has been discovered in Jerusalem’s Ophel excavations south of the Temple Mount.”

“The Tower of David Museum in Jerusalem recently unearthed dozens of bronze and iron arrowheads dating from around the time of the Maccabees.” They were found in a cardboard box sitting behind the air conditioner.

More than 60 tombs from the Roman period have been discovered in an ancient cemetery in the Gaza Strip.

The NPR’s “picture show” on the shrinking Dead Sea includes a number of striking photos.

Alan Rosenbaum describes his recent tour of the Western Wall Tunnels excavations, including an Israelite four-room house, the Great Bridge, and a mikveh.

Israel expects to have 2.5 million tourists visit this year.

The Dan Pearl Hotel, opened near the Jaffa Gate in 1996, will be demolished to make way for a new hotel.

“Plans for a large recreational park in the Negev in southern Israel, an expected tourism hotspot likened to Israel’s answer to EuroDisney, are inching closer to the construction pipeline.”

Israel has been ranked the fifth safest country in the world for tourists to visit.

My university’s magazine has an article about my use of photographs in the classroom (page 48; or a simpler web version here). The short version: I think it’s a good idea. 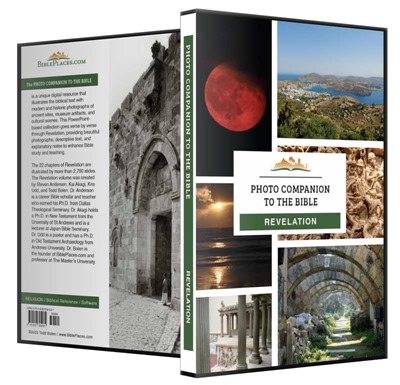 A seven-word inscription on an ivory comb discovered at Lachish and dated to about 1600 BC is the earliest Canaanite sentence ever found. “The inscription is a plea, a wish, or a desire that the small comb be successful in getting rid of the irritating lice.” The press release is here, and the underlying journal article is here.

Christopher Rollston: “Restorations are *not* a Good Foundation for Dramatic Proposals: Reflections on the New, So-called, “Hezekiah” Inscription.”

Two episodes have been released in Legio 2022, a documentary series about one of the excavations in the Jezreel Valley Regional Project.

Museum of the Bible and DIVE are hosting a virtual tour of Caesarea on December 7 ($20).

“A new multi-faceted project by the Yeshiva University Center for Israel Studies introduces the Samaritans to a wide and varied audience, and explores how they have managed to survive for millennia despite efforts by conquering powers to erase them.”

The Tel Burna Excavation Project has unveiled their 2023 season poster.

Yuval Gadot will give this year’s Howard Lecture at the University of Georgia on November 14 on “New Revelations from Zion: the Archaeology of Jerusalem from the Great Age of Reform.”

Mordechai Aviam will lecture on “Finding Bethsaida: From Biblical Jewish Village to the Church of the Apostles” on November 15, 7 pm, in New York City.

“Jerusalem: City of Change: New Archaeological Work, New Views, New Issues” is the title of a conference to be held at Boston University on November 16.

Friends of ASOR webinar on Dec 1: “Something from the Time of Jesus? Tourists, Souvenirs, and Buying the Holy Land,” with Morag M. Kersel ($12).

Jodi Magness will be giving the Schweich Lectures on Biblical Archaeology at The British Academy on December 5, 6, and 8, on the subject of “Ancient Synagogues.” The lectures will be recorded and posted and will also be published in book form.

The ASOR Blog has preliminary results of the Academic Genealogies of Near Eastern Scholars (AGNES) Project.

A fragment of a monumental inscription discovered in Jerusalem may preserve the name of Hezekiah and a reference to a “pool.”

“Archaeologists in Israel discovered the base of a massive [limestone] Roman column [base] at the foot of Mount Hermon” during a salvage excavation in a Druze village.

Who needs pottery typology when you have archaeomagnetic dating? A new study by Israeli scientists and archaeologists argues that this new technique will provide secure dating for archaeological material previously difficult to date. This is especially useful for the Hallstat Plateau (800-400 BC) when radiocarbon techniques are less helpful. The TAU press release is here.

A one-minute film shot at the Jaffa Gate in 1897 has been restored and colorized with AI.

David Moster created a video showing Jews from around the world reading biblical Hebrew. Some of the readers were born in the 1800s.

Webinar on Nov 22 jointly sponsored by The Anglo-Israel Archaeological Society and British Friends of The Hebrew University: “Recent Advances in DNA Technology and Their Contribution to Archaeology in Israel.”

Christian Locatell, Chris McKinny, and Itzhaq Shai recently published an article on “The Tree of Life Motif, Late Bronze Canaanite Cult, and a Recently Discovered Krater from Tel Burna.” The article is available to subscribers to the Journal of the American Oriental Society or by purchase.

“In October 2022, the top three reports in biblical archaeology were about a stunning mosaic in Syria, a suspected synagogue at Chorazin, and a new geomagnetic study that affirmed biblical battles.”

After a writing hiatus, Israel’s Good Name returns with an illustrated post of the wetlands of the Poleg Marshes.

Israel plans to build hotels, guest villas, and a conference center on manmade islands in the Dead Sea.

Archaeologists carrying out a survey on Mount Zion discovered a graffiti inscription of Knight Adrian von Bubenberg, a Swiss hero who made a pilgrimage to Jerusalem in 1466.

“The 2022 International Bible Marathon was held over the Sukkot holiday in the Shiloh bloc of communities in Samaria, with both its starting and ending points in Ancient Shiloh.”

The Caesarea Maritima International Conference 2022 runs from Sunday to Wednesday. A full program is online, and both in-person and webinar attendance is free. The lectures of Hohlfelder, Burrell, and Schiffman look particularly interesting.

It’s not April 1st, but you wouldn’t know it from the Jerusalem Post’s story identifying Solomon as Pharaoh Shishak.

Jonathan Klawans takes his readers to Tel Dan in the Site-Seeing column in the latest issue of Biblical Archaeology Review.

Saar Tauber Tamir suggests five places to visit in Israel that are not as well-known.

The latest episode of This Week in the Ancient Near East looks at the ivory furniture decorations recently discovered in Jerusalem.

The Friends of ASOR Tour to Israel next year visits 27 sites and museums in 13 days, with an impressive list of tour guides. The website describes the full program.

Chris McKinny’s My People as Your People: A Textual and Archaeological Analysis of the Reign of Jehoshaphat is marked down to $9 now on Amazon, from $80 (hardcover). I suspect after a few copies sell, the price will jump back up.

Online courses have been announced for JUC’s spring semester, including:

Classes are beginning soon at the Biblical Language Center (Randall Buth) and the Jerusalem Seminary.

My topic on the latest episode of Digging for Truth is “The Bible and the Karnak Temple.”

Geomagnetic surface surveys at Khirbet al-Minya on the northwestern shore of the Sea of Galilee have revealed an earlier Jewish or Christian settlement.

A new study of the Solomonic-era copper mines at Timna reveals that the enterprise came to a sudden halt around 850 BC because the miners overexploited the sparse desert acacia and white broom trees used to fuel their furnaces (Haaretz subscription).

Carl Rasmussen links to a video that shows evidence for a first-century synagogue at Chorazin. He also shares a photo of the synagogue in 1967 before reconstruction began.

Here is a video of the 7th-8th century AD shipwreck recently discovered off the coast of Israel.

“Hundreds of ancient decorated toga pins, earrings, rings and figurines of animals and idols were found in the home of a man who used to be an antiquities dealer in northern Israel.”

Marc Zvi Brettler explains the Hakhel Ceremony, in which the assembly gathers together every seven years to read the Torah. This event will be celebrated at the Western Wall on October 11.

Ferrell Jenkins shares a photo of sheep grazing near Tirzah, the second capital of the northern kingdom.