Israel HaYom surveys the history of Shiloh along with the present quest to discover the location of the tabernacle. Scott Stripling believes he knows the location but is not sure he’ll ever be able to prove it.

Nathan Steinmeyer takes viewers to excavations at Tel Shimron in a 4-minute video that is the second in a series on excavating in the Bible lands. Tel Shimron is one of the largest sites in the Jezreel Valley region.

Archaeologists are excavating a fortified village in Samaria that existed at the end of the Bar Kochba Revolt. You can see a drone video of the site here and more information and photos here.

Writing for The Jerusalem Post, Aaron Reich’s article claims to provide “everything you need to know about the Church of the Holy Sepulchre.” It’s a decent introduction.

The oldest synagogue in Jerusalem is a non-rabbinic form of Judaism known as Karaism. Daniel J. Lasker has written a book about the subject, and his post on the ASOR Blog gives an introduction.

“Between the former rains (in autumn) and the latter rains (in spring) Israel receives all its rainfall. Except for this week, when it rained in summer!”

Ferrell Jenkins reports on a recent visit to Taanach.

There is a campaign to turn Hebron Road in Jerusalem into a “pedestrian-friendly space with cafes, bike paths, and more.”

Zoom lecture on Sept 15: “Flavians in Galilee (67 CE): Their Aims and Activities,” by Steve Mason

The Fall 2022 issue of Biblical Archaeology Review includes articles on Diaspora Jews living in Jerusalem in the 1st century, the lethal capabilities of slings, and the location of Magdala.

“An archaeological study of the floor under the Church of the Holy Sepulchre will be possible for the first time, after a two-year undertaking to repair and restore its pavement stones got underway in an inaugural ceremony on Monday.”

Turkish officials deny the report that Turkey will be returning the Siloam Inscription to Israel. The Jerusalem Post explains the history of this significant artifact.

The discovery of a thousand charred linseed at Tel Burna (Libnah?) has led to the suggestion that the economy of the Shephelah greatly changed after Sennacherib’s invasion.

A carved stele from the 4th millennium was lost in the storage area of the Israel Museum, but now after five years of restoration, it has been put on display for the first time.

Ferrell Jenkins is back in Israel and shares a photo of a sunrise over the Sea of Galilee.

A rare March snowfall blanketed Jerusalem and parts of Israel in white this week.

Andrew Lawler’s article for Scientific American on the history of excavations in Jerusalem would have convinced me not to read his book. (I did read it, and it’s much better than some of the revised history he presents here.)

A recent study concluded that “Evangelical Christian travelers would prefer to visit Israel on a trip led by a well-known Christian leader or Bible teacher.”

Video from the 2022 Azekah Conference is now online. You can listen to all seven talks in 1.5 hours.

New release: Excavating the Evidence for Jesus: The Archaeology of Christ and the Gospels, by Titus Kennedy (Harvest House, $25)

I am back for part two of “The Babylonian Destruction of Jerusalem” on Digging for Truth (25 min). In this episode I talk about the extensive evidence of the 586 BC destruction, including numerous discoveries in the last five years. 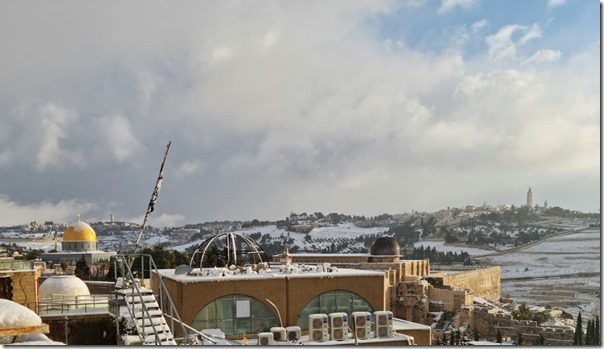 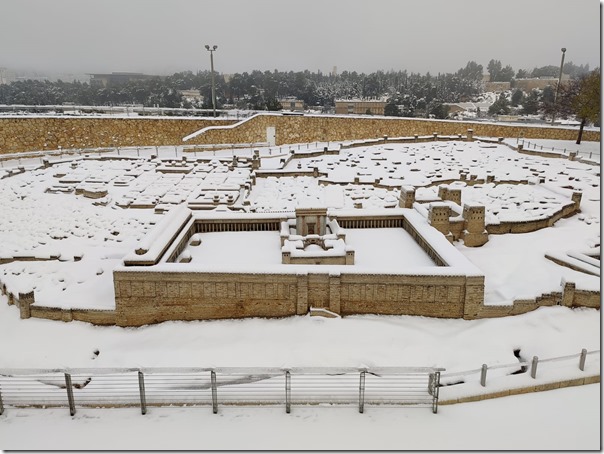 Archaeologists discovered a massive gateway near Persepolis that was built by Cyrus in honor of the conquest of Babylon.

A large-scale production brewery was found in Abydos, Egypt.

“The discovery of a rare ‘mud mummy’ from ancient Egypt has surprised archaeologists, who weren’t expecting to find the deceased encased in a hardened mud shell.

A CT study indicates that Pharaoh Seqenenre Taa II (558-1553 BC) died on the battlefield.

A researcher studied tomb reliefs and conducted dozens of experiments in order to discover how the ancient Egyptians baked bread.

A UNESCO jobs program is helping to restore Byzantine sites in Jordan.

Carl Rasmussen shares photos of Aizanoi in Turkey, where one of the best-preserved temples of the ancient world is located.

Greece Is lists the top 10 archaeological finds in Greece in 2020.

The Paphos Archaeological Museum in Cyprus has reopened after four years of renovations and delays.

Smithsonian Magazine: Iraq’s Cultural Museum in Mosul is on the road to recovery.

5,000 photographs of Arabia taken by Sir Wilfred Thesiger between 1945 and 1950 have been digitized by the Pitt Rivers Museum.

“Excavating the History of the Bible: What Archeology Can Teach us About the Biblical World”—hosted by Dr. Andrew Mark Henry has launched on YouTube. The first episode provides an intro to biblical archaeology. The second is on the Canaanites.

A rare snowstorm covered Athens and its acropolis with several inches of snow.

Palm trees grown from 2,000-year-old seeds have produced more than a hundred dates, beautiful and tasty. (The father is Methuselah, the mother Hannah.)

A high-tech analysis of 18 ostraca from Arad reveals that they were written by 12 different hands, attesting to a high level of literacy in the kingdom of Judah in the late 7th century BC. The underlying journal article is here.

“A collection of more than 13 intact and sealed coffins has been unearthed in Saqqara, the first step towards a huge discovery to be announced soon on site.”

“The Harvard Museum of the Ancient Near East (HMANE, formerly the Harvard Semitic Museum) has recently started posting 3D scans of its cuneiform collection on-line.”

With the help of some old photos of Qumran Cave 1, Brent Nongbri has identified a couple of unheralded excavators of the Dead Sea Scrolls caves.

“According to the ‘Deal of the Century’ map, hundreds of heritage and archaeology sites in Judea and Samaria are slated to be removed from Israeli control and transferred to the jurisdiction of the proposed Palestinian state.”

The Louvre is helping to restore security for the National Museum of Beirut following extensive damage in the August 4 explosion.

When Adam Henein died this spring, Egypt lost a highly regarded artist whose work included a major restoration of the Sphinx.

People who climb Egyptian antiquities “without a license” will be punished under a new law passed by the government.

Necho II, slayer of King Josiah, is the subject of the latest archaeological biography by Bryan Windle.

Steven Anderson has now finished making playlists for all of Omer Frenkel’s beautiful readings of the Hebrew Bible.

A man was detained when caught hunting gazelles in a park in Jerusalem.

Tim Challies reviews A Harvard Professor, a Con Man, and the Gospel of Jesus and draws implications for all with regard to discoveries that appear to contradict (or confirm) the Christian faith.

Jerusalem University College has announced that Dr. Oliver Hersey will become the next president when Dr. Paul Wright retires in 2021.

I’ve had a chance to look more carefully at the new Biblical Israel by Air. The thumb drive includes two high-resolution video files (mp4), one narrated and one non-narrated, with 69 minutes of drone footage of beautiful sites including the Sea of Galilee, Joppa, Caesarea, Mount Carmel, Jordan River, Arbel, Capernaum, Dan, Beth Shean, Shiloh, Jericho, Masada, Mount Nebo (on a clear day!), Macherus, Petra, and 40 other sites. This remarkable collection is available at an introductory price of $45 (or $30 for the DVD).