The Hebrew University of Jerusalem issued the following press release this morning:


Jerusalem, July 22, 2013 — Researchers from the Hebrew University of Jerusalem’s Institute of Archaeology are inviting the public to participate in free guided tours of three diverse archaeological sites.

On August 2, 8 and 20, the archaeologists will lead tours that shed light on the rich history of some of Israel’s most fascinating ancient sites. At each of these locations they will offer a guided tour: Tel Dor (August 2), Ein Qashish (August 8), and Nahal Ein Gev (August 20).


Admission is free and there is no need to register in advance. Participants must bring hiking shoes, an adequate supply of water and a hat. Sunblock is recommended.

The site: Tel Dor is located on Israel’s Mediterranean coast, about 30 km south of Haifa. The documented history of the site begins in the Late Bronze Age and ends in the Crusader period. The port dominated the fortunes of the town throughout its 3000-odd year history. Dor was successively ruled by Canaanites, “sea peoples,” Israelites, Phoenicians, Assyrians, Persians, Greeks and Romans.

Its primary role in all these diverse cultures was that of a commercial entrepot and a gateway between East and West.

Ein Qashish is an open-air Middle Paleolithic site located on the bank of the Qishon River, close to many of the major Middle Paleolithic cave sites in northern Israel, in an area where practically no open-air sites have been known before. The site was discovered in 2004 by survey teams of the Israel Antiquities Authority. Work at the site was carried out in 2005 and then again in 2009-2010 on behalf of the Institute of Archaeology at The Hebrew University of Jerusalem.

Map (how to get there): http://archaeology.huji.ac.il/qashish

Nahal Ein Gev is located about 2 km east of the shores of the Kinneret. The site belongs to the Natufian period, about 11,500 years before our time, and exposes a village of the last hunter-gatherers who lived on the eve of the Agricultural Revolution, leaving complex and fascinating remains.

Prof. Hovers added: “The archaeological sites are cultural treasures of the State of Israel and we are happy to reveal them directly to its people by hosting visitors our dig sites. We will gladly present how archaeological field work is done, what research questions led us to these excavation sites, and what 21st century archaeological science is all about.” 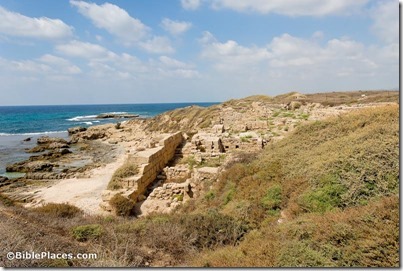