Seminar: The History of the Caves of Qumran

The Institute of Culture and Archaeology of the Bible Lands and the Faculty of Theology of Lugano, Switzerland, are hosting on February 20-21, 2014 a research seminar entitled, “The History of the Caves of Qumran.”

The program gives the following description and schedule of lectures.

The Research Seminar is dedicated to the Qumran Caves. Usually archaeological studies focus on the ruins and consider the caves as a background. Our intention is to center the interest on the caves themselves. We’ll consider not only the eleven caves in which the manuscripts were found during the last century, but all the caves that offered archeological material.

In particular, the focus of the seminar is on the identity of each individual cave in comparison with the other caves of Qumran. In addition, the ensemble of Qumran caves will be compared with other caves or findings in the Dead Sea region. Both archeological and textual data will be used in order to provide useful elements to outline the history of use of the caves.

J. Taylor, The Qumran Caves in Their Regional Context

F. García Martínez, Contents of the Manuscripts from the Caves of Qumran

C. Hempel, The Profile and Character of Qumran Cave 4

O. Shamir and N. Sukenik, The Differences in the Textiles from the Qumran Caves Compared to Those Found in Other Judaean Desert Caves

Fourth Session: History of Use of the Caves

M. Popovic, When and Why Were the Caves Near Qumran and in the Judaean Desert Used?

J. Magness and J. Zangenberg, The Functions of the Caves and the Settlement of Qumran

The research seminar will be preceded by the Fourth International Conference of TerraSancta on February 19 (mostly in Italian) as well as intensive courses (all in Italian) on February 17–18. More details are available in the program available online here.

For photos of the Qumran caves where Dead Sea Scrolls were found, see our summary here. The Israel Antiquities Authority also has a page explaining the major finds in each cave.

UPDATE (2/25): See this post for a report of Adler’s discovery of nine new manuscripts. 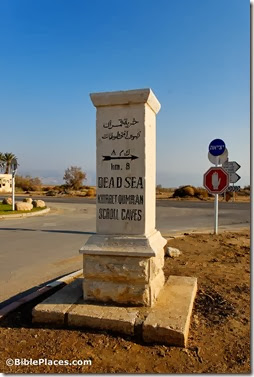