The ArchéOrient blog recently posted a piece by Rocio da Riva on the inscriptions and reliefs in Lebanon belonging to the Neo-Babylonian king, Nebuchadnezzar II. (This is the king mentioned in 2 Kings 24-25; 2 Chron 36; Jeremiah; Daniel; and elsewhere in the Bible.) The original article is in French, but Google Translate does an almost-semi-respectable job of producing an English version here.

The article mentions four places in Lebanon where Nebuchadnezzar left inscriptions and/or reliefs.

Three of these sites are in the northeast of the Lebanon Mountains, oriented in the direction of Riblah, Nebuchadnezzar’s headquarters in the west (2 Kings 25; Jer 39 and 52). The inscriptions/reliefs are located along routes which lead up into the mountains and which were used by the Babylonians for felling and transporting cedars of Lebanon for construction. The locations can be viewed here in Google Maps (if I did it right).

The Nahr el-Kalb inscriptions are alone on the other side of the Lebanon Mountains, at the mouth of a river named Nahr el-Kalb on the Mediterranean coast. (Well, not entirely alone, because on the opposite bank of the river is a rocky promontory where one will find nearly two dozen other stelae left by conquerers from Ramesses II in ca. 1276 B.C. to the “Liberation of South Lebanon” in A.D. 2000. See Seth’s post here.)

Nahr el-Kalb (“Dog River”).
The inscriptions of Nebuchadnezzar are secretly hidden
behind all the vegetation just right of the bridge.

Da Riva has been working on the royal inscriptions of all the Neo-Babylonian kings. A lot of her recently-published work concentrates in particular on the Lebanon inscriptions listed above, but she has also just completed an edition of the inscriptions of Nabopolassar, Amel-Marduk and Neriglissar (cover shown below). Many of her articles are available at her Academia.edu page (sign up required). 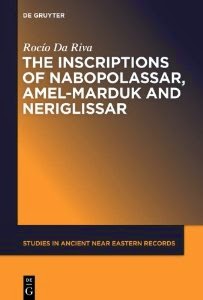 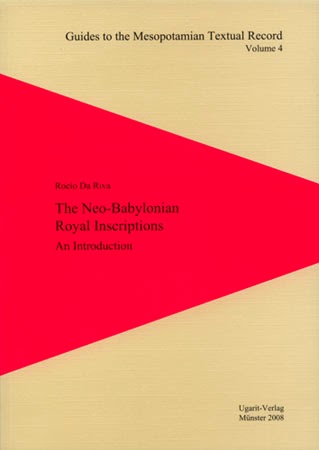