Archaeologists working at Laodicea have uncovered an inscription with the “water law” of the city from AD 114.

The mummy of King Tut will remain on display in his tomb in the Valley of the Kings.

A girl shattered a Roman vase in a display case at the Israel Museum. Or did she?

The Pope’s visit has inspired a new exhibit at the Penn Museum: “Sacred Writings: Extraordinary Texts of the Biblical World.”

Popular Archaeology runs a story on the latest discoveries on the Mount Zion dig.

Carl Rasmussen posts photos of two wall paintings from the Herodium now on display at the Israel Museum.

“The first Protecting the Past conference will be held in Amman (Jordan) between 28-30 September 2015 at The Jordan Museum.”

LiveScience has the latest on the “Gospel of Jesus’s Wife.”

The Biblical Archaeology Society’s Blowout Sale ends on Monday. Many items are marked down 50% or more.

The NIV Zondervan Study Bible has dropped in price to $26.18.

We’ve been posting a photo each day this year on Facebook and Twitter. Our most popular photo this week was this image of the City of David from the 1890s. 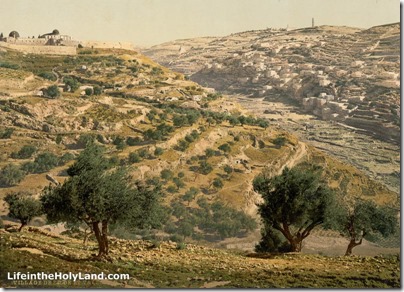