Archaeologists working on the Gezer water system have new evidence supporting its dating to the Middle Bronze period. Volunteers are invited for next season’s dig.

A court has ruled that Elad can continue to run the Jerusalem Archaeological Park in the City of David.

The Museum of the Bible has announced plans to excavate Tel Shimron in Galilee.

Palestinians have set fire to the traditional tomb of Joseph in Shechem.

Nehemia Gordon shares his experience in working on the Temple Mount Sifting Project. You can donate to the effort here.


The New York Times has issued a correction for their article on the Temple Mount. Jodi Magness’s letter to the editor is here.

ISIS’s destruction of the Roman Arch of Triumph in Palymra made some Russians unhappy.

Egypt is opening a small museum at the Cairo airport later this month.

Volume 3 of NGSBA (Nelson Glueck School of Biblical Archaeology) Archaeology has been released. The articles are primarily about the excavations at Yehud and Maresha. The entire issue can be downloaded for free. Previous volumes are available here.

The Oriental Institute has begun posting their photo archives online. Images are now available from Egypt, Iran, Iraq, Syria, and Lebanon. As far as I can tell, the images are all low-res.

Jodi Magness reviews The Tomb of Jesus and His Family?, edited by James H. Charlesworth. She provides a summary of the articles, including the one by A. Kloner and S. Gibson, excavators of the Talpiot tomb. Ben Witherington provides an abbreviated version of her review.

Brent Seales is on the Book and the Spade to talk about the technology that enabled reading the oldest biblical text outside the Dead Sea Scrolls. Listen here.

Here’s a unique tour of Israel: the Life and Land of Jesus, with Wayne Stiles. This should be particularly attractive for those who want to return but don’t want to visit the same places as every time before. 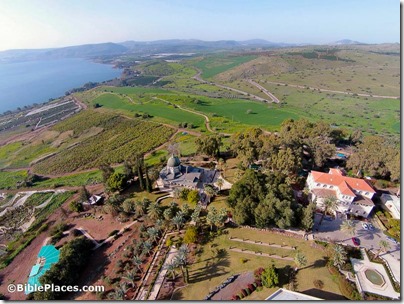 The Mount of Beatitudes, Tabgha, Gennesaret, Arbel – so much of Jesus’s ministry right here!
Share: