One of the persons mentioned in Luke 3:1-2 is “Annas” the high priest. Annas was the patriarch of an important priestly family in the 1st century AD. Indeed, the 1st-century historian Josephus says about him: “Now the report goes that this eldest [Annas] proved a most fortunate man; for he had five sons who had all performed the office of a high priest to God, and who had himself enjoyed that dignity a long time formerly, which had never happened to any other of our high priests” (Antiquities 20.9.1). Furthermore, his son-in-law Caiaphas was also high priest (John 18:12-14). Thus, starting with Annas himself, there were seven men who occupied the high priesthood tied to his immediate family.

Though he was not the reigning high priest at the time of the trial of Jesus (Caiaphas his son-in-law held the official position), Annas was, nonetheless, a key player in the sequence of events. In fact, Annas was the first person that Jesus was taken to after his arrest (John 18:13). This fact alone demonstrates Annas’s continuing authority and influence even when others actually held the office of high priest.

As a result of his portrayal in the biblical text, Annas can be found in a number of dramatic artistic expressions throughout the history of western culture. For example, the following painting by the Spanish neoclassical painter Jose de Madrazo (1781-1859) depicts the moment when Jesus is about to be slapped by an official of the high priest as recounted in John 18:19-23. The painting, dated to 1803, is oil on canvas and is located in the Prado Museum in Madrid. 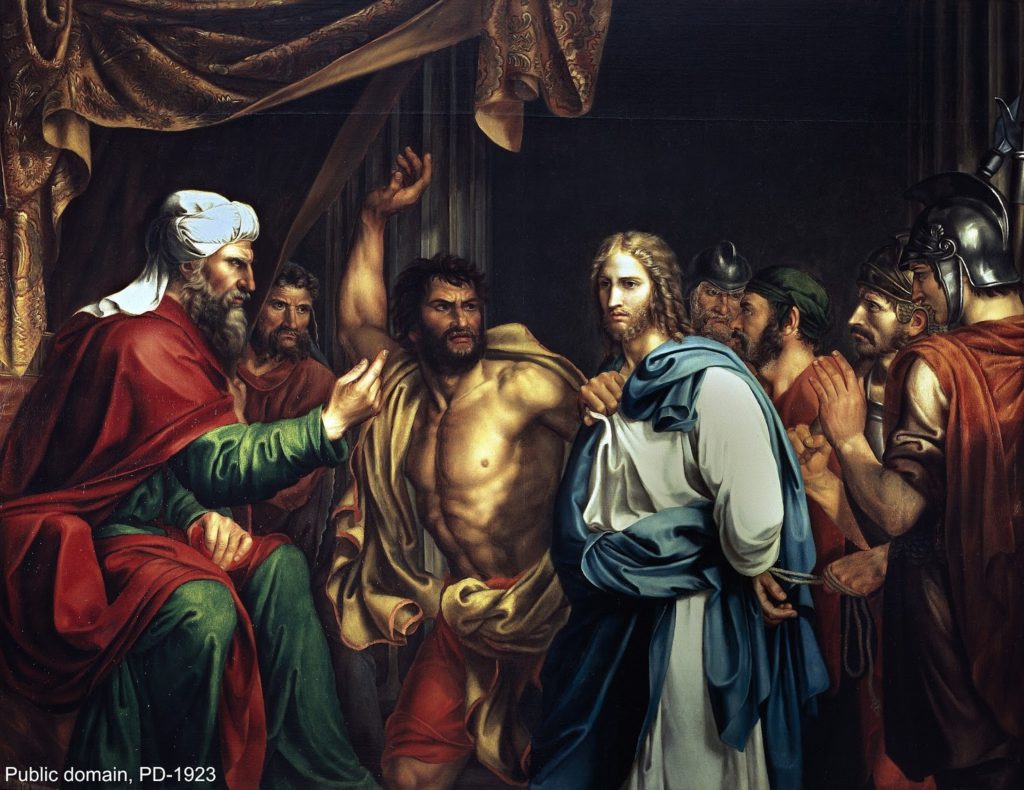 Of further interest is the suggestion by Leen Ritmeyer that the structure in Jerusalem identified as the “Palatial Mansion” (or “Herodian Mansion”) may have been the home of Annas, though a cautionary note by Todd Bolen should also be considered.