Dr. Richard Rigsby, longtime professor at Talbot School of Theology, went to be with the Lord this morning. Dr. Rigsby impacted many lives in his pastoring (at Bell Gardens Baptist Church since 1986) and in his teaching (at Talbot from 1974 until his retirement in 2012). His publications are numerous, including, most recently, several articles in the Dictionary of the Old Testament: Pentateuch. 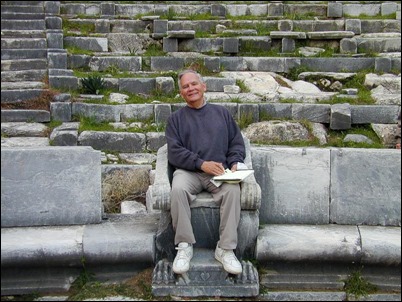 My initial meeting with Dr. Rigsby and his wife Donna was through the Talbot Bible Lands program which they began in 1990. Every year, excepting a few when international incidents intervened, Dr. Rigsby and Donna recruited and led a group of seminary students to the Middle East. And they were always large groups, full of highly motivated students who knew of the excellent reputation of the trips. Every week in the fall semester, Dr. Rigsby taught a class preparing students for their geographical, historical, and archaeological studies. And the day after Christmas, every year, they boarded a plane with 45+ students. 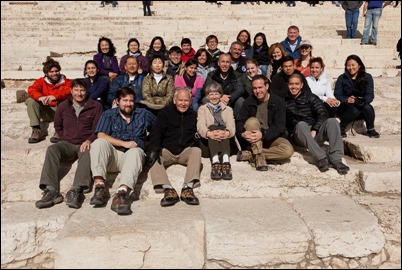 In the early years, they toured Israel every year. My first experience with Dr. Rigsby was filling in as a guide for Talbot’s Western Wall Tunnel tour in 1993. In 1997, Dr. Rigsby led the first Turkey-Greece-Rome expedition, and henceforth they traveled to Israel in the even years and Turkey-Greece-Rome in the odd years. Many of their students went on both trips; though expensive, the students knew that these trips were well worth the investment in learning the Bible and its world. For a few years, the Rigsbys added a summer trip to the Greek islands, eager to give their students the opportunity to go just about everywhere Paul went. 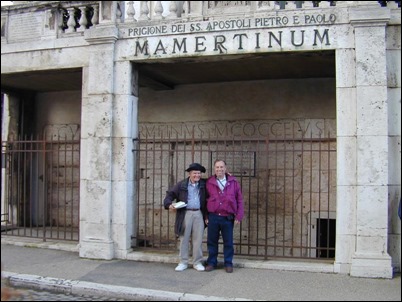 Dr. Rigsby’s impact is vast, and I cannot begin to communicate its scope. I know that the Rigsbys hosted a Talbot Bible Lands reunion in their home every year, and every year former participants would travel sometimes great distances to be there. This was an annual testimony to the enduring impact of the program and the great love they had for the Rigsbys.

Dr. Rigsby had a significant influence on me. The most important was in his knowledge of the Word and his love for the Lord. One of his favorite passages was Zechariah 4:6: “Not by might, nor by power, but by my Spirit, says the Lord of hosts.” He lived a wise, humble life by the power of the Spirit. 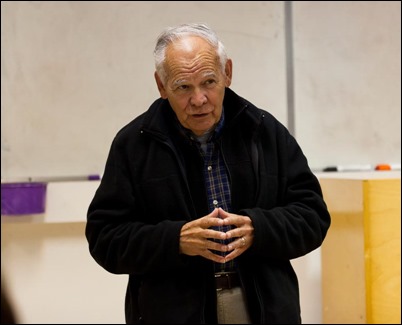 He was not only a faithful pastor of his students’ hearts, but he was renowned for his sense of humor.

Flipping through some old photo albums recently, I was hard-pressed to find one where he wasn’t acting up for the camera. Perhaps nothing was more hilarious than the stories he told of his younger years. And one of his popular traditions on the tours was to perform in an ancient theater the song, “I am my own grandpa.” 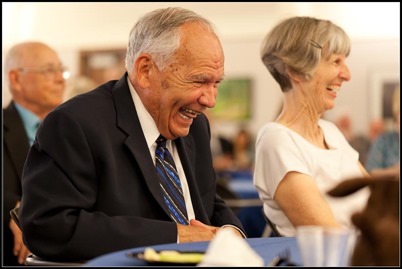 A particular way that Dr. Rigsby’s influence is felt by many reading this reflection is his encouragement to me in developing the photo collections. In fact, I released the very first edition of the Pictorial Library of Bible Lands to the Talbot Bible Lands group in January 2000. I will never forget how strongly he urged me to press on in this work (and how he encouraged his students to purchase the collection, so that I could press on). Several years later, Dr. Rigsby showed me a closet full of old slides taken by Dr. Charles Lee Feinberg, and that was the beginning of a new photo series, the Historic Views of the Holy Land.

Dr. Rigsby received the first copy of the first edition of the Pictorial Library, and this summer I drove over to his house to share the newest volume (#19) in the Pictorial Library. Unlike all the rest, these photos were of biblical sites that the well-traveled scholar had not visited. We plugged my computer into his bedroom TV so I could show him my new photos of Susa, Persepolis, the Behistun Inscription, and more. He was tickled by the experience of virtually visiting these significant sites, and his encouragement of me in my work was as strong as ever. 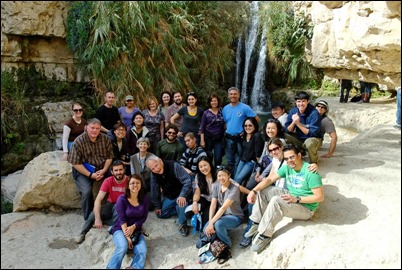 Dr. Rigsby also has influenced me and others in the development of Bible lands programs. My first tour of Turkey, Greece, and Rome was with his Talbot Bible Lands trip in 2001. When my university decided to begin a similar study program, I unabashedly copied Dr. Rigsby’s brilliant itinerary in my proposal. That trip, largely unmodified from that original proposal, has been conducted by The Master’s University since 2007. All of our students are thus, unknowingly, in Dr. Rigsby’s debt.

Other programs now led by his students are no doubt patterned after his.

But no one really could copy his plan. No tour leaders were more organized, no students were better prepared, and no trip was more filled with little “extras,” all along the way. Every day, two people in the group were honored with an artistically creative “paper plate award” that recognized a particular contribution or characteristic. Special services were planned for worship or celebration. Gifts were purchased in advance for the in-country instructors and guides, and no details were overlooked in planning or execution. And, as all of the Talbot Bible Lands students would tell you, no other program had Dr. Rigsby’s incomparable wife Donna. 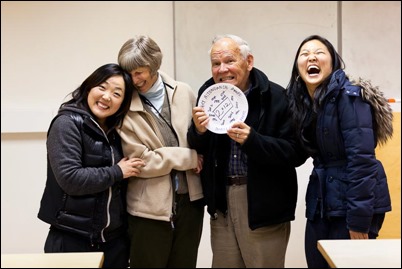 I was blessed to teach with Dr. Rigsby on all but one of his Israel tours since 2000. I never ceased to marvel at how full he made the trips. No group that I ever worked with stayed as long or saw as much. His mindset was that as long as the group was in the Middle East, they might as well visit one more site or travel to one more country. On our next-to-last tour together, in 2010, he decided we would make a side trip to Mount Sinai. The climb to the top, in my opinion, is the hardest of all that tourists regularly do in the Middle East; it is several times harder than the walk up the snake path at Masada. But as always, Dr. Rigsby was at the front. He was about 75 years old at the time, but like Moses, his eye was not dim, nor his vigor abated. 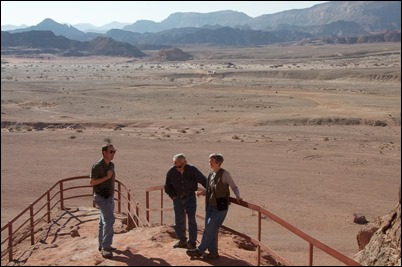 Dr. Rigsby and Donna have been like second parents to my wife and me, and like bonus grandparents to our kids. When we passed through California in 2009, they treated us all to a day at Disneyland.

Since our move to California, they have warmly welcomed us to their home many times, making us meals and cheering on our children in their piano progress. They have been kind and generous at every turn, and all who know them would heartily agree. 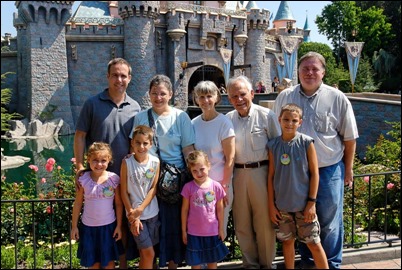 Our most recent visit in their home was on Thanksgiving morning. Donna was her usual joyful self, though her husband’s health had recently taken a decline. But I had a new book for Dr. Rigsby, the Lexham Geographic Commentary on the Gospels, and he perked right up as I described some of the essays, a number of them written by his former students.

Dr. Rigsby’s time of service is now complete, but his influence will long continue through his family, his church, and his students, along with all of those that they now serve. The Lord has indeed greatly blessed his people through the faithful life of our dear teacher and friend. 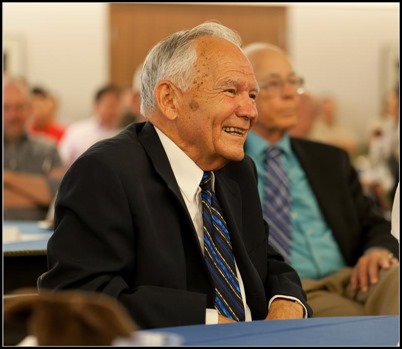