A date palm that sprouted from a seed found in excavations near Masada continues to grow and is now 14 inches tall. Most of the date trees in the Jordan Valley today come from California, and scientists have hope of learning more about the ancient date that flourished in Israel 2000 years ago.

Solowey, who raised the plant, has grown over 100 rare and almost extinct species of plants. Together with Hadassah Hospital’s Natural Medicine Center, she seeks to use the plants listed in ancient remedies to seek effective uses for modern medical conditions. The Judean date has been credited with helping fight cancer, malaria and toothaches. Solowey was skeptical about the chances of success at first, but gave it a try. “I treated it in warm water and used growth hormones and an enzymatic fertilizer extracted from seaweed in order to supplement the food normally present in a seed,” she said.

Arutz-7 has the full story.

In one of those “I wish this were me” stories, the Jerusalem Post is reporting that three boys, aged 11-13, found an intact burial cave from the Second Temple Period (probably 1st century A.D.) near Beth Shemesh. The cave includes skeletons, ossuaries, and probably some other interesting goodies. The Antiquities Authority sealed the cave, presumably until they have the manpower to properly excavate it. 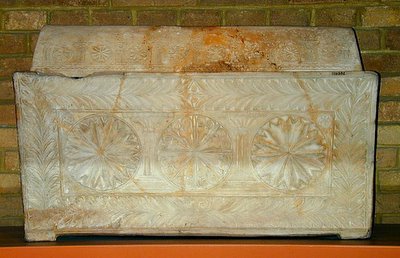 The above photo is of an ossuary from the 1st century, but not one that was recently discovered.
Share:
Leave a comment

So says the Israel Antiquities Authority in a press release last week. They suggest that the prison be re-located in its entirety so that the early church building discovered there can be more fully excavated and displayed to the public. The Jerusalem Post and Haaretz also published articles on the recommendation.

Here’s an aerial photo that shows the relative location of the prison to the tell of Megiddo. 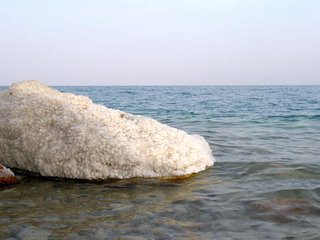 Here’s One to Ignore

I had no idea when I wrote yesterday about Finkelstein’s view of the City of David that he has a new book coming out on David and Solomon. Like Unearthing the Bible, David and Solomon: In Search of the Bible’s Sacred Kings and the Roots of the Western Tradition is co-authored by Israel Finkelstein and Neil Asher Silberman. I haven’t seen the book yet, but you get an idea for the content of this book from a review in Publisher’s Weekly:

The authors are careful to note that the absence of contemporary confirmation outside the Bible is no reason to believe that the characters did not actually exist. Rather, the biblical stories form the basis for a legend tradition in which the Davidic legacy gradually transforms “from a down-to-earth political program into the symbols of a transcendent religious faith that would spread throughout the world.”

To whom would I recommend this book? Only to those who need insight into the creativity that is required (or allowed) when you jettison the major historical sources and set about inventing your own history.

Which reminds me of a similar point: I have my students read from (many) liberal authors with whom I greatly disagree. I wonder how many liberal teachers require their students to read from conservative authors? I can tell you from own experience in graduate school: liberals don’t seem aware that there are other opinions. And they certainly don’t want their students exposed to those ideas. Yes, it is ironic that these are the “liberals.”

On the JPost Article on the City of David Excavations

The Jerusalem Post has a lengthy article on the recent excavations in the City of David. Though there are some basic factual errors, the article does a good job of informing the reader of some of the different views about the latest archaeology in the oldest part of Jerusalem. The two major excavations in the last decade are those of Eilat Mazar (“palace of David”) and Ronny Reich and Eli Shukrun (Warren’s Shaft, Siloam Tunnel, Pool and Spring Towers, Pool of Siloam). According to these excavators, the biblical accounts are essentially supported by the archaeology. According to Israel Finkelstein, an archaeologist at Tel Aviv U., “all of the recent discoveries from Ir David are merely ‘Messianic eruptions in biblical archeology.'” Perhaps the article’s writer misunderstood him, but if not, it’s really a stunning statement by one who has received major awards for his archaeological contributions. More accurately, it is a foolish statement.

I shouldn’t be surprised, because this is the trend. The trend used to be (unfortunately) that when anything was discovered it was immediately connected to the Bible and claimed to “prove” the Bible.
This itself is foolish, as often errors in identification and dating were made. Proof was desired so badly that caution wasn’t exercised.

The trend now is the opposite. Scholars who distrust the Bible respond in knee-jerk fashion to deny any biblical connection regardless of the evidence. Is the discovery of the “Pool of Siloam” really a “Messianic erruption”? How so? I’ll tell you what it is – a massive and impressive reservoir that dates (no doubt) to the time of Jesus and is the area where ancient sources describe (photos). It doesn’t prove that Jesus healed the blind man there, and no one is claiming that it does prove that. But some scholars are apparently so scared of anything that may relate in any way to the Scriptures that they dismiss them with a passing insult.

Perhaps Finkelstein wasn’t referring to the Pool of Siloam, but only to the “palace of David.” Now, I am not certain that the monumental building that Eilat Mazar discovered was David’s residence. And Finkelstein isn’t either. But you wouldn’t know it from the way he talks.

“Because there was no floor discovered and no pottery assemblages or olive pits or seeds, the building could be from the ninth century or the eighth or the eighth, or from two minutes ago, there is no way to know.”

The article tries to spin this as Mazar and the sponsoring institution already having their minds made up. But no one has their mind made up more than Finkelstein, who published his elaborate theory in The Bible Unearthed. He argued, on the basis of the absence of evidence, that there was no great united monarchy in Jerusalem. Who has the most to lose? He does. Mazar’s discovery would pull the bottom card from his stack of cards. But the article doesn’t say that, and Finkelstein for certain doesn’t want to draw attention to that.

There is additional folly in the notion implied in this article that the sponsoring institution (which has right-wing views) could somehow change the discoveries in the excavation. It’s almost as if completely different things would be discovered if the dig was sponsored by a left-wing institution than if it was sponsored by the Shalem Center. Does anyone really believe that a respected archaeologist like Eilat Mazar would fabricate her findings? Does anyone really believe that if she did that she could get away with it? Archaeologists have voices and they have journals and they are not afraid to speak up.

Here’s a good rule of thumb for reading articles like these in the future: if the only nay-sayer is Israel Finkelstein, he can safely be ignored.