Anyone can tell you that in traveling to a region you will develop a new interest in that region’s modern history. The area is now “on your map” and you can understand things that were formerly of little personal significance. The observation has been made many times that Israel’s mention in the news of the US is disproportionate to its size. But I wonder if part of the reason for that is that many Americans (both Jews and Christians) have visited Israel. Some people are interested in Israel simply because it’s the biblical land, but I would guess that having visited (or having family) there is an even greater reason.

On Cyprus, the major event in modern history was the invasion of the northern half of the island by Turkey in 1974. This issue was relatively unknown to me before this trip, so it was interesting to watch my thinking on the subject evolve as I was exposed to more information. After one day in the southern half of the country, esp. southern Nicosia, it was very easy to emphatize with the Greeks who had lost so much in the invasion. The signs they had posted there as we crossed over to the North were very bold and graphic. Clearly the Turks were animals who deserved the condemnation of the world. But after spending a day in the North and reading and thinking more about the situation, I became convinced that there was a very real other side to the story.

I still don’t know a lot, but I can also make some conclusions based on my experience with other conflicts in the world and in history. This is also true given what the world and UN have (and have not!) done since the invasion. Yes, it’s true that no other country in the world has recognized the Turkish Republic of North Cyprus (thus the Turks were in the wrong), but it’s also true that much more significant pressure could have been applied if the world/UN had thought it necessary (let alone discuss EU entry). But they saw it too – there were injustices on both sides. Yes, the Turks took away land of the Cypriots, but yes, the Turks were not treated well by some of their Greek neighbors.

Ultimately, I think it’s like a lot of regional conflicts – there are many losers and most of them are not the ones who personally deserve the loss. 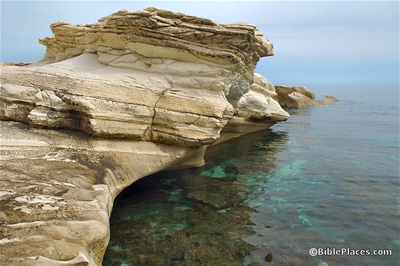