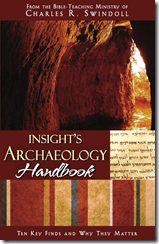 One thought on “Archaeology Handbook: The Key Finds”