I’ve noted this project a number of times on this blog (e.g., here and here).  They are making valuable contributions to our understanding of the Temple Mount and are certainly worthy of broad public support.  You might consider making a contribution.  You can download a form with details and address here.

The Project of Sifting the Debris from the Temple Mount

When we began the Temple Mount Sifting Project five years ago, we had no idea what was ahead of us. We did not understand the enormous amount of work that would be necessary to extract archaeological information from the tons of haphazardly dumped material, and we were also completely unaware of the great interest that the public would take in the project and the scores of people who would be willing to volunteer. We also did not even begin to comprehend the educational impact of our work, and that we had embarked on a lifetime project with great national significance.

We initially thought that after a couple of months of sifting the project will be over.

After eight months of work the project nearly closed down, but the Ir David Foundation adopted the project with the intention of funding it until all the debris had been sifted. We have continued to operate under their auspices for nearly five years.

Unfortunately, because of the current economic situation, we are once again faced with the potential of having to end our important work. Though the Ir David Foundation found emergency funding which enabled us to keep the project going, we have been forced to reduce our staff to a minimum, and we have not been able to implement our plans for the analysis and publication of the finds. Our plans were to establish an archaeological lab with a permanent staff that will work for two to three years on this task, hire various experts for special types of finds, and sample various sites around the slopes of Jerusalem in order to create statistical control groups to compare to the prevalent finds from the Temple Mount.

It should be emphasized that the major contribution and effect of our research will come only after proper scientific analysis of the artifacts and publication of our findings. After this process our finds will enter academic discussions and will be accordingly referenced by other scholars. Eventually this effect will also permeate into the historical scientific study, popular archaeology and history books, and tourist guides.

In the case of this particular project, where the artifacts are out of stratified context, the main archaeological innovations and understanding of the phenomena of the prevalent finds will come only after an extensive quantitative study that includes the comparison of our finds with control group samples (see more details at http://templemount.wordpress.com/page/10).

The Temple Mount Sifting Project is not an operation for an elite group of archaeologists. It is now the property of the entire Jewish people, including the tens of thousands of volunteers from around the world, Jews and non-Jews alike, who have helped us sift through the rubble over the years. Many times throughout history, important projects are adopted by private donors who have the privilege of making a significant difference well before the State steps in to help. The Temple Mount Sifting Project is just such an opportunity. Please take part in this effort to save the Temple Mount antiquities and help us to continue the educational programming which is having an immeasurable impact on thousands of visitors from all walks of life. 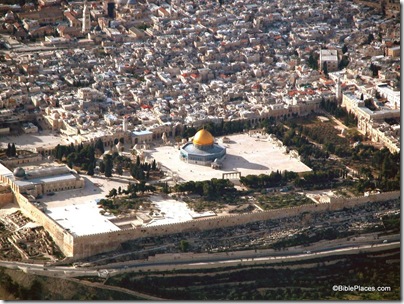