The Associated Press reports on the restoration of the Old City walls of Jerusalem.

The Wadi Rum in Jordan has been designated a World Heritage Site by UNESCO.

Wayne Stiles makes a good case that Lachish was the second-most important city in the kingdom of Judah.

Eric and Carol Meyers will answer questions about their archaeological work, Jewish history, and controversies on the Duke Ustream channel on September 1, noon Eastern Daylight Time.

The Biblical Archaeology Society 2011 Publication Awards Winners have been announced.

Plans for a wastewater reservoir near Gezer are moving forward after a judge rejected a petition by local communities.

On a lighter note, you can see how zoo animals in Jerusalem cool off in the summer. One of the animals even has an air-conditioned home. 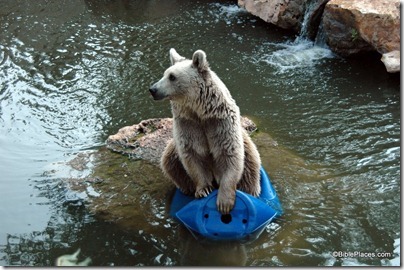