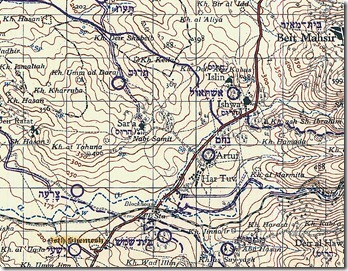 The vicinity of biblical Eshtaol in the eastern end of the Sorek Valley
Share:

2 thoughts on “The Identification of Eshtaol: A Brief Case-Study in Recent Research”