A conference will be held at Ben-Gurion University in the Negev (Beersheba) on January 19th, 2012. Entitled “‘In the Shadow of the Olive Trees’ – Olive Trees, Olive Oil and Their Products,” the conference is being organized by the Southern District of the Israel Antiquities Authority and the Department of Bible, Archaeology and Near Eastern Studies of the Ben-Gurion University in the Negev.

This announcement was circulated on the Agade list. Presumably all lectures are in Hebrew. For more information, contact the sponsors.

Prof. Nili Liphschitz. The domestication of the olive in the land of Israel

Dr. Ianir Milevski. The barter of olives during the Early Bronze Age

Prof. Avigdor Horowitz. “I have been anointed with fresh oil” – The oil in the Bible and the Ancient Near East

Prof. Avi Faust. The Assyrians and the introduction of the olive industry from the north

Mr. Yeoshua Drei. The evolution of the oil presses

Dr. Eitan Ayalon. The two screw oil presses in the land of Israel

Dr. Akiva London. Did olive tree nurseries exist during the Roman and Byzantine periods in the land of Israel? 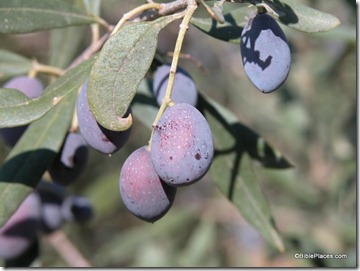 One thought on “Conference: Olive Trees, Olive Oil, and Their Products”