Speculating on the Mysterious Marks in City of David

At Urartian sites in northeast Anatolia, archaeologists have discovered geometric “rock signs” that were cut into bedrock. Some 134 signs have been found at 20 different sites (fortresses, canals, graves) in modern Turkey, Armenia, and Iran. The signs are circular, “U”-shaped, “V”-shaped, or sickle-shaped, and they are dated to the 8th and 7th centuries B.C. Regardless of location, the signs are all very similar in shape and dimensions to one another, with the signs from the later period being slightly smaller than the earlier ones. 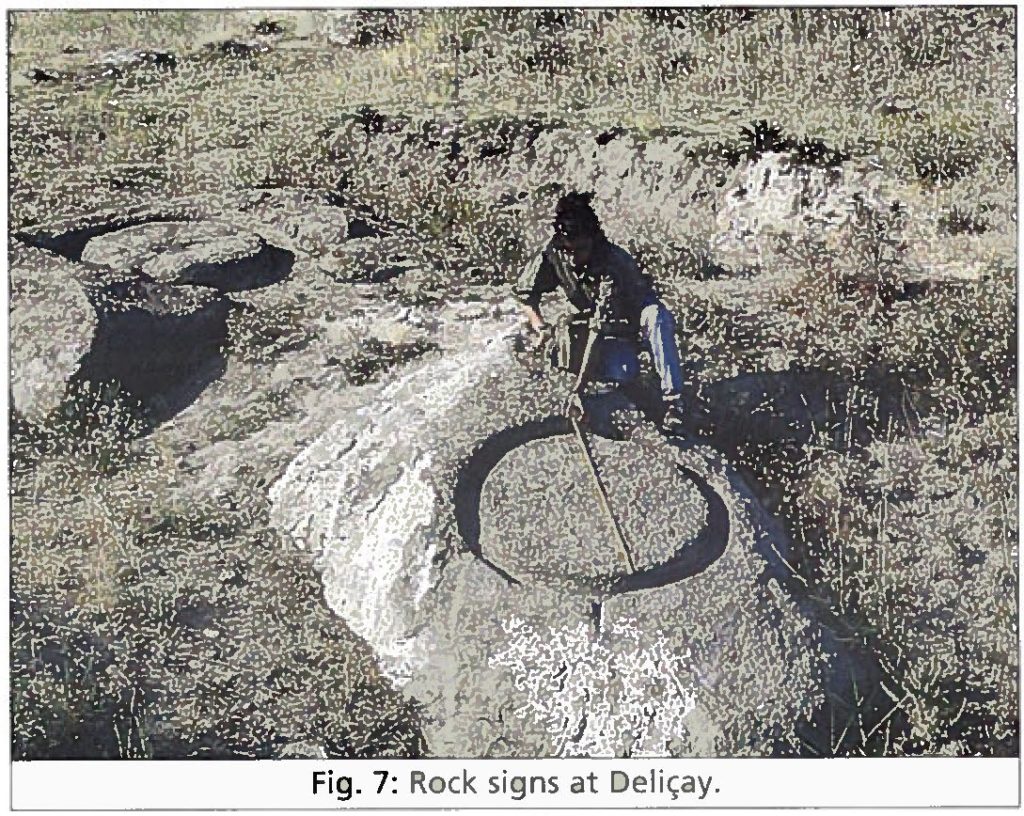 It was originally thought the rock signs were used for grape presses, but this has been ruled out. Other ideas included quarries, hieroglyphs, or some religious function, but the conclusion is “there are no definite answers for now” (Belli 2001: 368).

In 2006, Erkan Konyar suggested that the rock signs were molds for shaping wooden chariot parts, and perhaps other wooden implements. (A pdf of his essay can be downloaded here.) He was able to identify the same component parts in depictions of chariots in Urartian and Assyrian reliefs, and the rock signs appear to correspond in shape and dimension to wheels, axle-braces, spokes, yokes, and hooks.

If he is correct, the “V”-shaped signs would have been molds for braces, spokes, and/or yokes. 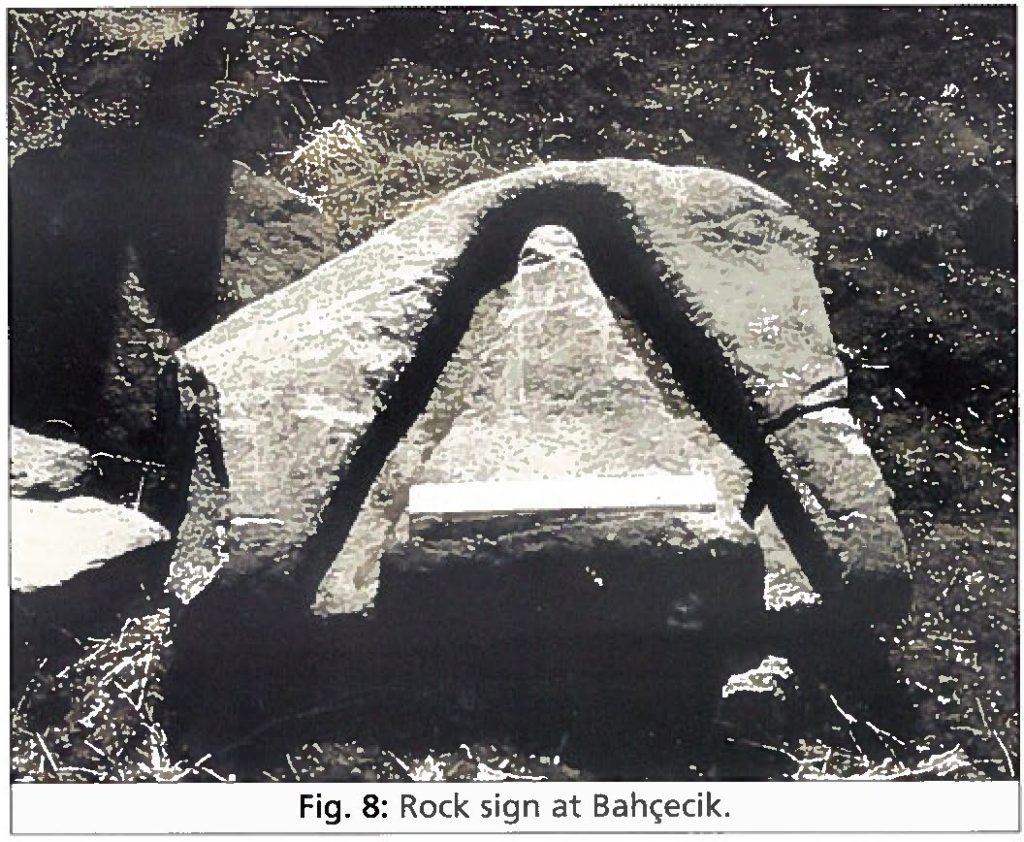 So, could the City of David marks be molds for shaping wooden implements? The wood would have to be softened in water first, and the marks appear to be conveniently located near Jerusalem’s water source. It would be irresponsible to suggest anything further at this point since we still have not heard many of the details about the marks from the City of David’s excavators, but the similarities with Urartian signs and the interpretation of them by Konyar are intriguing.

2006 “An Ethno-Archaeological Approach to the ‘Monumental Rock Signs’ in Eastern Anatolia.”
Colloquium Anatolicum 5: 113-126.