Rollston and Meyers on the Talpiot Tombs

Christopher A. Rollston has published a brief review of “the new Jesus Discovery” at the ASOR Blog. Among other things he concludes:

3. There is no necessary connection between these two tombs and there is no convincing evidence that some famous figure of history (such as Jesus of Nazareth, Joseph of Arimathea, or Mary Magdalene, etc.) was buried in these tombs.
4. Furthermore, these tombs do not provide any evidence that can be construed as suggesting that Jesus of Nazareth and Mary Magdalene were married or had a child together.
5. I highly doubt that the inscription in Talpiyot Tomb B refers to a resurrection.  In any case, many Jews during the Second Temple Period believed in a resurrection, long before the rise of Christianity. Thus, even if there were some evidence for a notion of a resurrection in this tomb, it does not necessarily follow that this was a Jewish-Christian tomb.
6. I am certain that the tetragrammaton (i.e., “Yahweh”) is not present in the four-line inscription from Talpiyot Tomb B.
7. The ornamentation on the ossuary in Talpiyot Tomb B that Tabor and Jacobovici wish to consider “Jonah and the Whale” (with Jonah pitched on the nose of the whale!) is a nephesh tower or tomb façade, just as Eric Meyers has stated.  Such an image is quite common in the corpus of ossuaries.
Ultimately, therefore, I would suggest that these are fairly standard, mundane Jerusalem tombs of the Late Second Temple period.  The contents are interesting, but there is nothing that is particularly sensational or unique in these tombs.  I wish that it were different.  After all, it would be quite fascinating to find a tomb that could be said to be “Christian” and to hail from the very century that Christianity arose.  Moreover, it would be particularly interesting to find a tomb that could be associated with Jesus of Nazareth and his family.  But, alas, the evidence does not suggest this.  A basic methodological stricture is this: dramatic claims require dramatic and decisive evidence.  In this case, Tabor and Jacobovici have strained the evidence far beyond the breaking point.

Thus he is essentially rejecting everything that would make this new discovery worthy of media attention. You can read his full review here. (The link has been acting up this morning, so if it doesn’t work, go directly to www.asorblog.org.)

The book is truly much ado about nothing and is a sensationalist presentation of data that are familiar to anyone with knowledge of first-century Jerusalem. Nothing in the book “revolutionizes our understanding of Jesus or early Christianity” as the authors and publisher claim, and we may regard this book as yet another in a long list of presentations that misuse not only the Bible but also archaeology.

Ouch. His full review is here (or here).

I am posting an article at http://bibleinterp.com that offers a preliminary report and analysis with maps and illustrations of the recent Talpiot “patio” tomb exploration by remote camera that Rami Arav and I conducted in 2009-2011. It should go up on that web site by noon today. 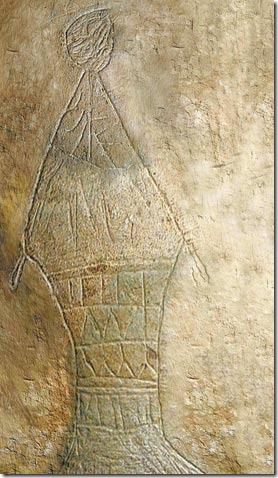 One thought on “Rollston and Meyers on the Talpiot Tombs”