The Travels through Bible Lands Collection (15 vols.) is available until Friday noon for $20. I recommended this set of books by Tristram, Layard, Merrill, Jessup, and others some time ago, but sufficient orders have been placed and this Logos software deal is now closing.

The Israel Museum is being criticized for not allowing photographs to be taken of their artifacts.

Wikipedia says these items belong to the world. The Israel Museum wants to make money by selling their own photographs. Jim Davila suggests that the world has changed and the Israel Museum should reformulate its policies.

Leon Mauldin has written a helpful and illustrated article about Azazel, the Scapegoat.

Tom Powers discusses the new visitor center in the City of David and some misinformation in the reporting.

A rabbi says that selling stones from the Western Wall on eBay is akin to embezzlement from God.

On the edge of the “Grand Canyon of Israel,” Mizpe Ramon is struggling to find its way.

I’ve always thought that the chief “dynamic” of the Jordan River was as a barrier (cf. Josh 22; Judg 12). Wayne Stiles makes a good case that we should think of it as a place of “transitions.” 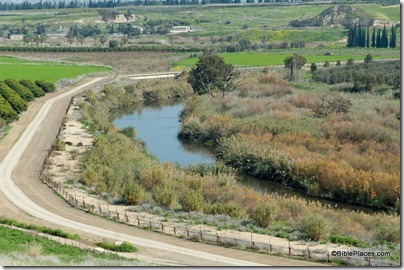