An article published by Israel’s Ministry of Foreign Affairs lists the most important sites excavated in the last 25 years, according to a couple of archaeologists. The article’s introduction, however, contains some information perhaps as valuable as the list itself. Quoting Jon Seligman, the head of excavations and surveys for the Israel Antiquities Authority, the article reports:

The IAA supervises about 300 annual excavations, accounting for about 95 percent of all the archeological digs in Israel. The digs usually take place at mounds composed of the remains of ancient settlements (tel in Hebrew). “We have 30 excavations every day,” says Seligman. Israel is so rich in archeology that even at this pace, he adds, “We can carry on for many more years.”
[…]
The digging, discovery and analyzing is part of a carefully considered process, Seligman stresses. “We have to look not only at what we excavate but also at what we don’t. We do the minimal amount necessary, since excavation is a destructive process and we have to think about what we must leave for future generations,” he explains.
“In general, we try to keep material at the site in its context, and only consider bringing things to a museum when there is no alternative. A mosaic, for example, is meant to be on a floor, not hanging on a wall.”
Not every excavation site is preserved for public viewing. “Maintenance is expensive, so we can’t afford to make each into a presentation site,” Seligman says. Those that aren’t developed into national parks are covered over after the archeologists have finished their investigations.

The most glaring omission from the list is the City of David, with the discovery of the Middle Bronze fortifications, cuneiform tablet, fish bones, and Pool of Siloam. Other sites that I would judge as of greater significance in the last 25 years of excavation than some listed above are Bethsaida (et-Tell), Hippos, Sepphoris, Dor, Caesarea, Mount Gerizim, and Beth Shemesh. 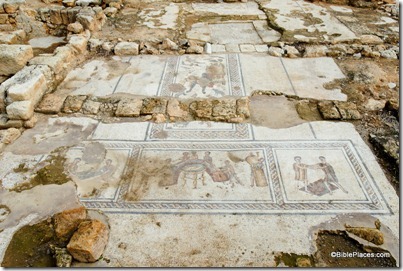 PrevPreviousThe Geopolitics of Israel: Biblical and Modern
NextThe Implications of an Altar on Mount EbalNext