Picture of the Week: Ashdod

Our picture of the week is an “elephant in the room,” archaeologically speaking. This site was occupied by Israel’s most notorious neighbor, was a flourishing city 100 acres in size, and was once a resting place of the Ark of the Covenant. Yet this site is hardly (if ever) visited by tourists in Israel today. Thus, we continue our series of “obscure sites” with a map and photograph of the Philistine city of Ashdod.


Ashdod is located only 3 miles (4 km) from the Mediterranean coast. In ancient times it possessed some prime real estate along the main international highway that passed through the Levant, which helped contribute to the city’s wealth and prominence. In the map below (included in the PowerPoint files in Volume 4 of the PLBL), Ashdod can be seen in the far left. (Click on the image to enlarge it.) 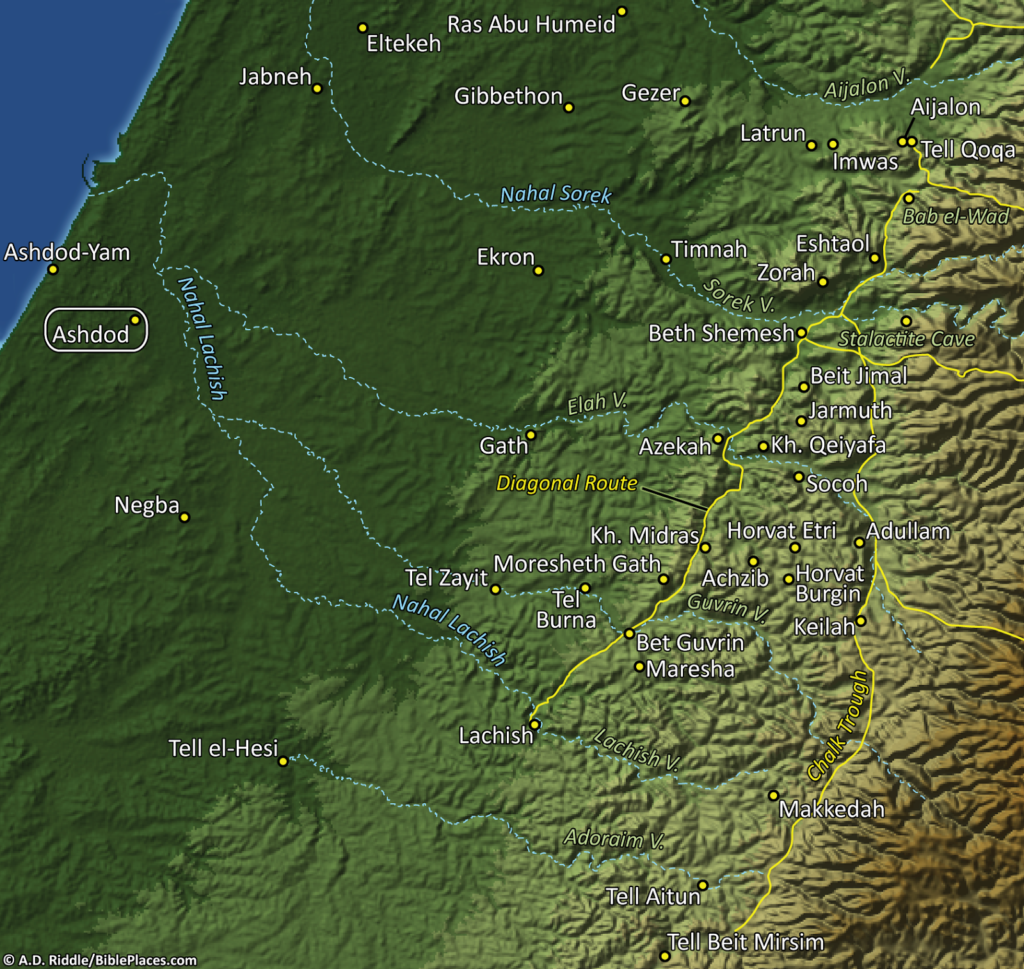 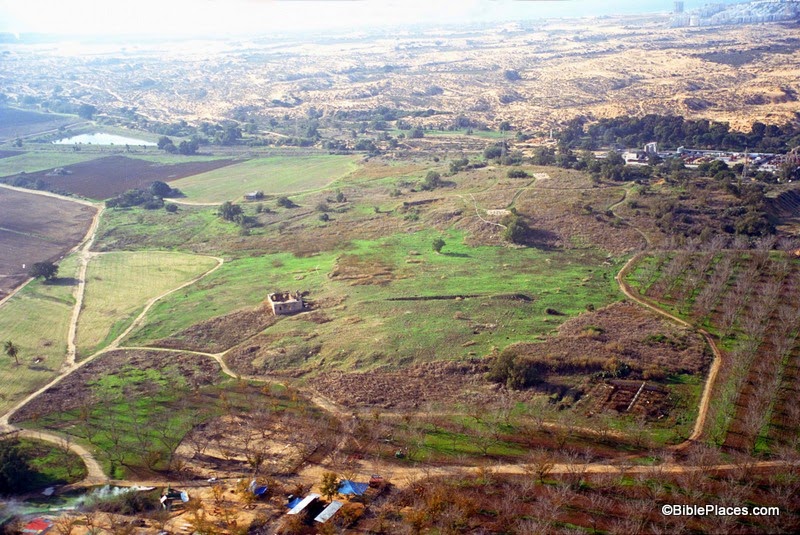 The city reached this peak size during the time of the Philistines, when it was one of the five major cities of Philistine coastal plain (along with Ekron, Gath, Ashkelon, and Gaza). Amihai Mazar summarizes the archaeological findings at Ashdod from this period in the following way:

At Ashdod the first Philistines settlement (Stratum XIII), although unfortified, was a well-planned and densely built city, some twenty acres in area. … The next two levels at Ashdod (Strata XII-XI) denote successive rebuildings of the Philistine city in the twelfth and eleventh centuries B.C.E. In Stratum XII the ruined fortifications of the last LB II city (Stratum XIV) served as foundations of a solid city wall. At the end of the eleventh century B.C.E. (Stratum X), Ashdod expanded to a size of about 100 acres, thus becoming one of the largest cities in the country. In this time Ashdod was surrounded by a solid wall with a four-chamber gate. This enlarged city endured for a long time in Iron II.

During this period is when the Ark of the Covenant was captured by the Philistines in a battle against the Israelites (1 Sam. 4:1-11). The Ark was carried back to Ashdod and set in the temple of the Philistine god Dagon. As the story unfolds in 1 Samuel 5, this turn of events did not bode well for the statue of Dagon. It was supernaturally knocked down twice and consequently had its head and hands broken off. Furthermore, the people of the city were struck with a plague of tumors. So eventually the people of Ashdod sent the Ark to the neighboring city of Gath, where it wreaked further havoc on the Philistines.

Although this site has an immense significance both biblically and archaeologically, it is not currently set up to host tourists. When I visited the site in 2006, I was on my own in a borrowed car. I had to park and walk through an orchard to get to the site. Nothing was marked and I couldn’t even get to the top of the acropolis. The tell is bordered by industrial buildings and there is nothing there to indicate that this was once the thriving Philistine metropolis of Ashdod. And so, this once important city sadly finds itself among the “obscure sites” of the Holy Land.

This photo and over 1,500 others can be found in Volume 4 of the Pictorial Library of the Holy Land and can be purchased here for only $39 (with free shipping). Additional pictures and information about other Philistine cities can be found on the BiblePlaces website here and here, and on the LifeintheHolyLand website here.

Post Script:  For those of you who may be interested, I have posted a review of the Rose Then & Now Bible Map Atlas on my personal blog here. Specifically, the review focuses on the electronic version published by Logos Bible Software.

2 thoughts on “Picture of the Week: Ashdod”