Picture of the Week: Palace of Hyrcanus

Our obscure site of the week is somewhere that I have never been. I know of this fascinating location only through the PLBL collection. However, Josephus seems to have known it fairly well. It was a site built in the Hellenistic period in the hills above the Plains of Moab, northeast of the Dead Sea. 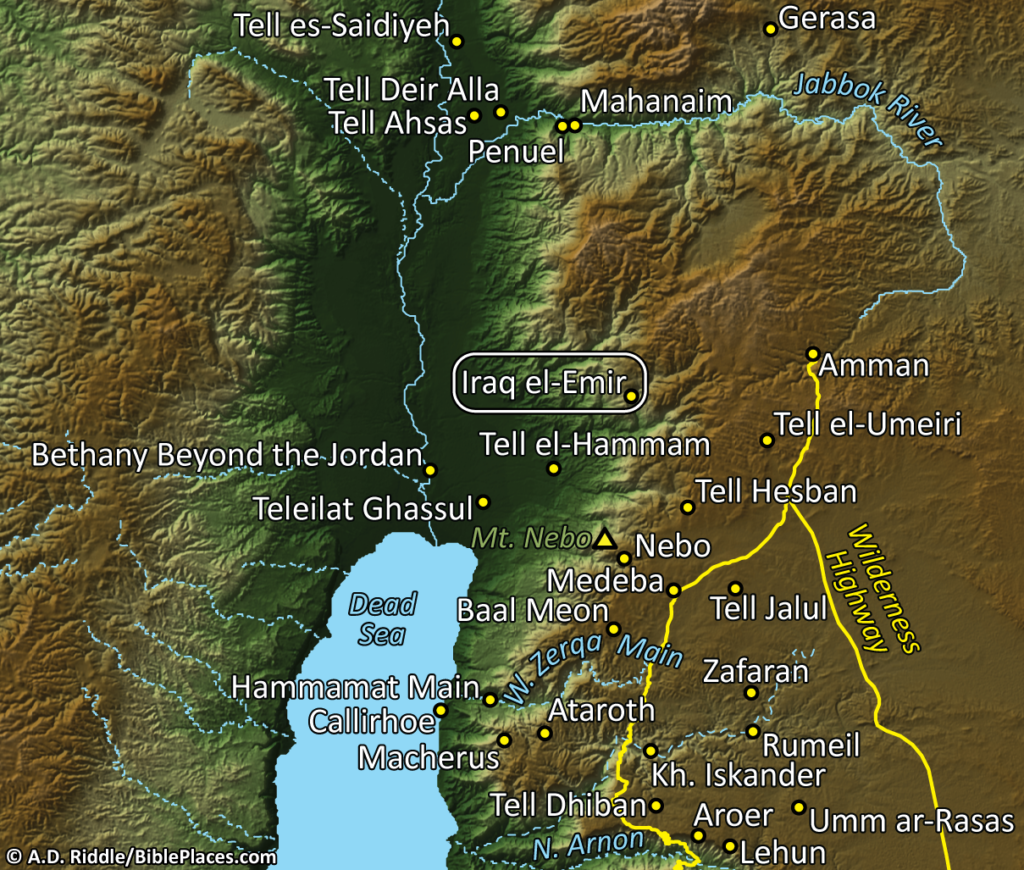 This site is today known as “Sir” and it is located near the modern village of Iraq el-Emir (click on the map above for a higher resolution). It was built by Hyrcanus, who lived in the third century B.C., during the time when the Ptolemies and Seleucids fought for control of the Levant. Hyrcanus was the youngest son of Joseph, who in turn was the nephew of Onias the high priest. Joseph and Hyrcanus were appointed by the Ptolemy V Epiphanes to collect taxes in the region and send them back to Ptolemy’s capital city, Alexandria. Joseph collected taxes from Jerusalem, but because of a family quarrel Hyrcanus had to content himself with settling on the other side of the Jordan River. It is here that he built the palace that is shown in the photo below: 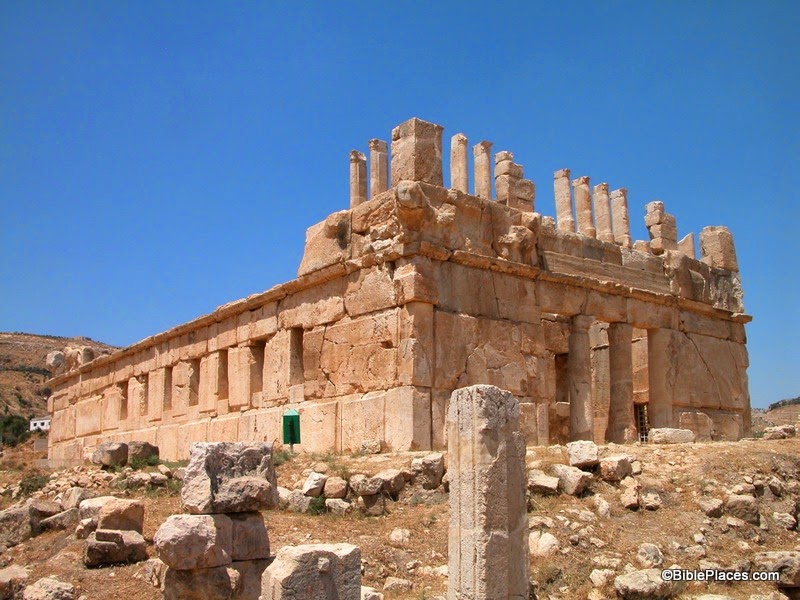 Josephus provides us with the following details about this building:

Hyrcanus determined not to return to Jerusalem any more, but seated himself beyond Jordan, and was at perpetual war with the Arabians, and killed many of them, and took many of them captives. He also erected a strong fortress, and built it entirely of white stone to the very roof, and had animals of a great magnitude engraved upon it.  He also drew around it a great and deep canal of water. He also made caves of many furlongs in length, by hollowing a rock that was near to him; and then he made large rooms in it, some for feasting, and some for sleeping and living in. … Moreover, he built courts of greater magnitude than ordinary, which he adorned with vastly large gardens. And when he had brought the place to this state, he named it Tyre [also spelled Tyros or Tyrus]. This place is between Arabia and Judea, beyond Jordan, not far from the country of Heshbon. (Josephus, Antiquities of the Jews 12:229-231, 233.)

The animal engravings can still be seen on this structure, although most of them have not endured the ravages of time. They are not very clear in this photograph, but additional photos of the animal engravings are available in Volume 6 of the PLBL. One of the animal engravings was in the shape of a leopard and it served as a water fountain with a stream of water spewing out of the leopard’s mouth. The caves that Josephus mentioned have also been found in this area.

So the next time you’re passing through the hills above the Plains of Moab, on your way to more popular sites such as Amman and Medeba, take a little time to visit this small but fascinating site that was described for us so well by Josephus, almost 2,000 years ago.

This map and photo, along with over 850 other images, are available in Volume 6 of the Pictorial Library of the Holy Land, and is available here for $34 (with free shipping).

7 thoughts on “Picture of the Week: Palace of Hyrcanus”