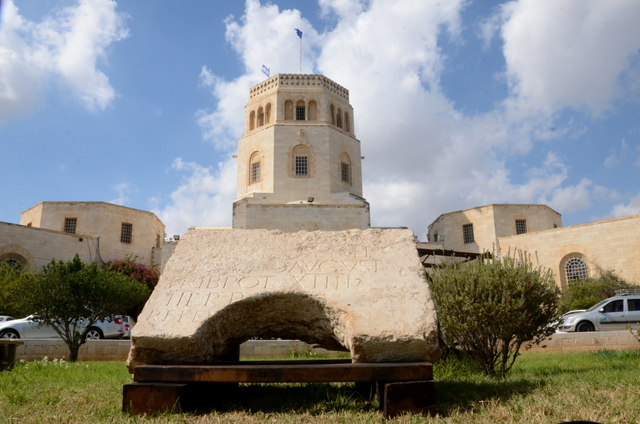 Hadrianic inscription on display in front of the Rockefeller Museum Photograph by Yoli Shwartz, courtesy of the Israel Antiquities Authority
Share:

2 thoughts on “Inscription to Emperor Hadrian Discovered in Jerusalem”