We are a little late getting to this, but it might be of interest to some. Back on September 18, 2014, Trinity Evangelical Divinity School held a dedication service for a Torah scroll that was gifted to the school. The scroll originated in Germany and dates to the late 1400s or early 1500s. The sign presently displayed with the Torah states:

The Trinity Ashkenazi Torah Scroll
An extraordinary, generous gift from the Ken and Barbara Larson Family

This spectacular Ashkenazi Torah from Germany dates between the late 15th and early 16th century A.D. (roughly around the time of Martin Luther). The scroll’s pagination and orthography clearly indicate this date, while its style, the preparation of its skins and its ink all clearly indicate a German provenance. Such a date makes it among the earliest 2% of surviving German Torah scrolls. It has been used continuously for nearly 500 years and survived the Nazi Holocaust, the most horrific chapter in Jewish history.
It is approximately 100 feet long and is written in columns of 59 lines throughout. It contains numerous fascinating orthographic features encountered in medieval scrolls that were repressed by the rabbis around 1600 A.D. The Torah is filled with elegant magna letters, small or raised letters, dotted letters and inverted nuns—all related to early Jewish scribal traditions.

The official announcement of the dedication contains a few more details about the scroll, and a report written afterwards includes even more description as well as photos of the event.

Here are two photos of the Trinity Ashkenazi Torah Scroll. 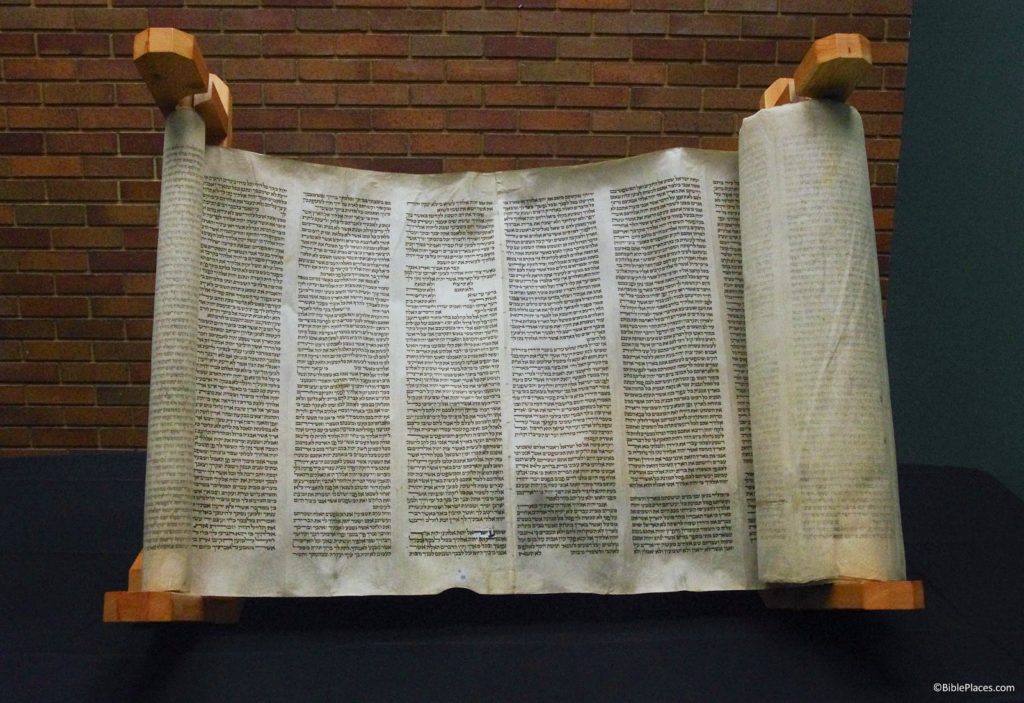 The scroll is open to Deuteronomy 5. The lines that are spaced differently near the top of the center column are the 10 Commandments. 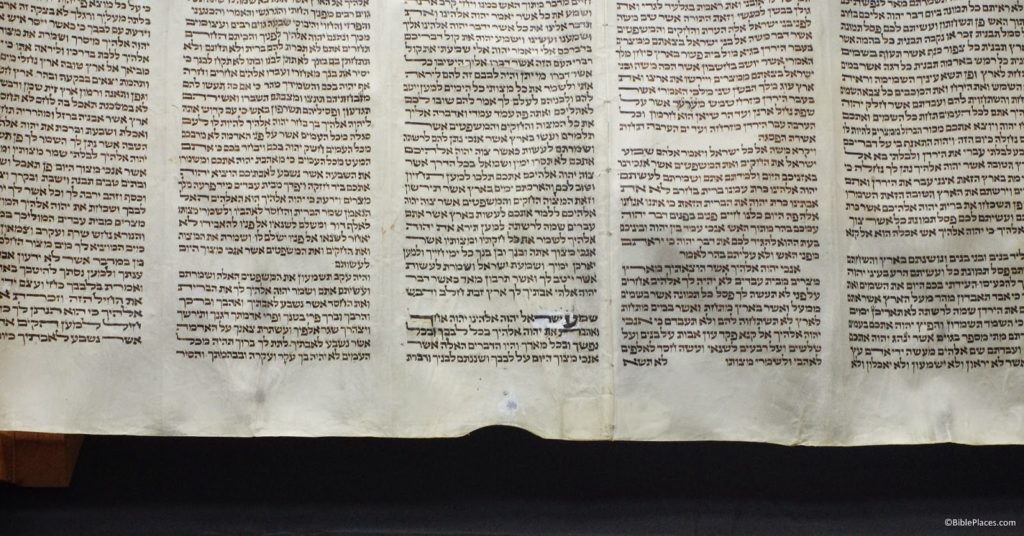 Close-up of Deuteronomy 6:4 in the Trinity Ashkenazi Torah Scroll. Notice the extra large letters which mark the first and last words of the verse. The white patch is newer parchment used to repair the original.

UPDATE (December 20, 2015): As of early December 2015, Ken and Barbara Larson have donated Torah scrolls to 16 schools. The list below is as complete as I could make it, but it is missing two schools.