This ongoing series of posts considers the historical reliability of the New Testament books of Luke and Acts by examining the relationship between these texts and other ancient sources while also giving background information on key elements of the various narratives.

One of the persons mentioned in Luke 3:1-2 is “Herod tetrarch of Galilee.” This particular Herod, who is also known as Herod Antipas, was the son of Herod the Great and Malthace, being born in 20 BC. After the death of his father, Herod Antipas was appointed by the Romans as ruler of Galilee and Perea over which he reigned from 4 BC to AD 39.

Herod appears at several points in the Gospels, with one notable event being his execution of John the Baptist who denounced Herod’s marriage to Herodias, his brother Philip’s former wife (Mark 6:17-29).

Later, during the trial of Jesus, Pontius Pilate learned that Christ was from Galilee and he therefore sent Jesus for examination to Herod, who was in Jerusalem at that time. Though Herod plied Jesus with “many questions,” he received no answers from the Lord. Still, the cooperation between Herod and Pilate led to a friendship between them (Luke 23:6-12).

In addition to such references as those noted above from the Gospels, Herod is also referred to by the historian Josephus. Concerning the aforementioned execution of John the Baptist, Josephus notes: “Now some of the Jews thought that the destruction of Herod’s army came from God . . . as a punishment of what he did against John, that was called the Baptist; for Herod slew him” (Antiquities 18.5.2).

Josephus also notes the building projects undertaken by Herod in various passages including the following: “And now Herod the tetrarch, who was in great favor with Tiberias, built a city of the same name with him, and called it Tiberias” (Antiquities 18.2.3).

The photo shown below is an aerial view of the ruins of ancient Tiberias looking from the south. 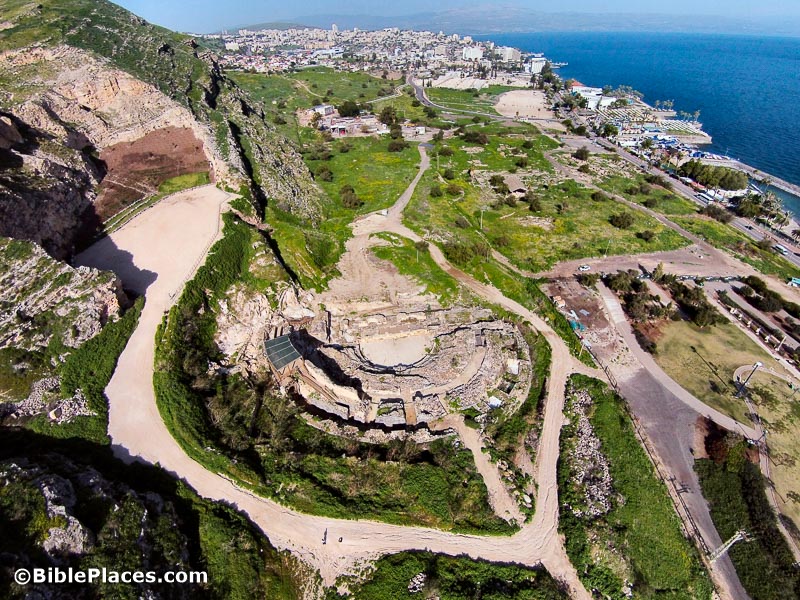