I should note at the outset that the title of this post is incorrect, for there is no book with such a name. But therein lies an important reason for writing this post in the first place: English readers are not apt to discover a book entitled Uncovering Sefer Yirmiyahu when searching for commentaries and writings on Jeremiah.

The author is Rabbi Yehuda Landy, a former neighbor of mine in the Judean hill country, though we did not meet then and have not since. But I stumbled across his excellent book on Purim and the Persian Empire (recommended if you’re studying Esther), and somehow we got connected by email, and he alerted me to his new book on Jeremiah. That was good, because I wouldn’t have found it by searching Amazon for Jeremiah. 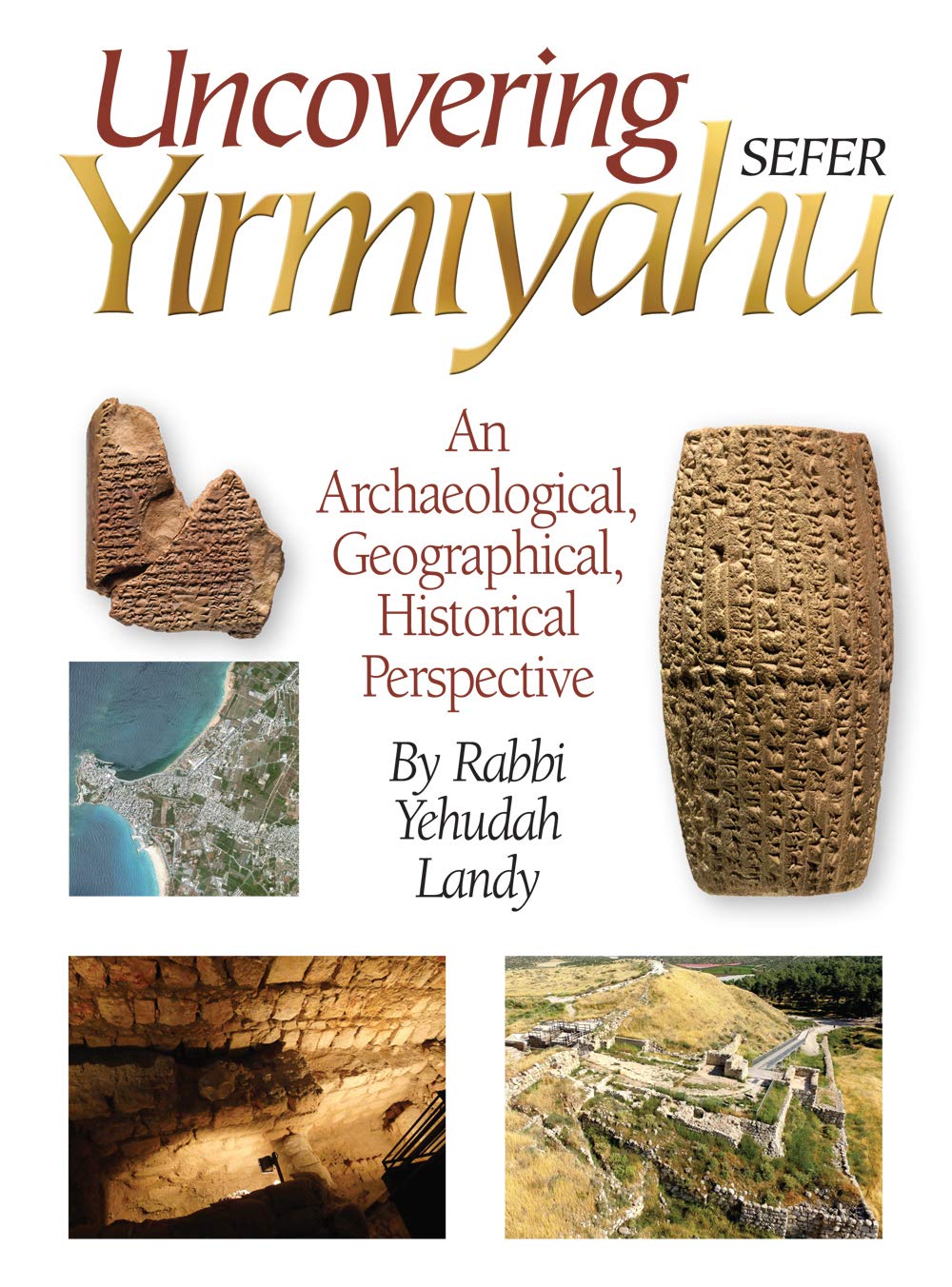 According to the book jacket, the series is intended for the “Jewish reading public,” and that explains why the title is (partly) in Hebrew. But the subtitle reveals why this book is of interest to this audience: “An Archaeological, Geographical, Historical Perspective.” Readers, pastors, and teachers who want to go beyond a standard text commentary will learn much from this book about the sites, material culture, and historical background of this prophetic text.

The basic facts of the book are these: hardcover, 390 full-color pages, lavishly illustrated with photos and maps, published by Halpern Center Press in Jerusalem, $35 on Amazon. The Hebrew edition was published in 2015; the English edition is somewhat revised and was published in 2019. The author is a rabbi, Israeli tour guide, and a PhD candidate at Bar Ilan University, in the Department of Land of Israel Studies and Archaeology.

The 75 chapters are divided into two sections. The first section provides a historical review with chapter titles such as:

The second half goes through Jeremiah chapter by chapter, providing an “explanation of concepts” for nearly each chapter.

I have not read the entire book, but I’ve made note of some valuable insights I’ve gleaned as I have read, including:

Readers who haven’t studied Hebrew will have to learn a little bit of new vocabulary, for though the book is written in English, many names and terms are in transliterated Hebrew, including Beis HaMikdash (temple), HaNavi (prophet), and Nevuchadnetzar (Nebuchadnezzar).

I recommend this book to anyone studying Jeremiah for four primary reasons: (1) this resource is carefully researched and provides a lot of useful historical background; (2) the work is up to date with regard to archaeological discoveries in Jerusalem; (3) the numerous photos and maps are an aid to understanding (and are usually lacking in commentaries); (4) the perspective of a Jewish rabbi and tour guide will provide a fresh approach for many Christian readers.