The reconstruction of the Hurva Synagogue is not related to the Bible, but it has our interest because it is such a prominent feature in the Old City of Jerusalem.  Until 1948, there were two major synagogues in the Jewish Quarter, but my guess is that most visitors today are unaware of Tiferet Israel.  The remains of this synagogue lie just north of the main staircase leading down to the Western Wall plaza.  Hurva, on the other hand, is well known because of its central and visible location in the Jewish Quarter plaza.  Many tour guides would stop and explain the significance of the lone arch before allowing their listeners to buy a falafel or to shop in the Cardo.

This photo below, part of The American Colony and Eric Matson Collection, is a view of the Jewish Quarter from the Temple Mount taken in the early 1900s.  The large building on the left skyline is the Tiferet Israel Synagogue.  The building with the large dome on the right is the Hurva Synagogue.

The houses in the foreground stand where today the Western Wall prayer plaza is located. 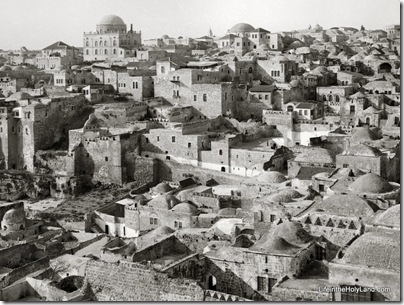 We’ve posted a number of times over the course of the synagogue’s reconstruction, and with its dedication last week we anticipate this will be the final post about it.  We conclude with recent photographs taken by Mindy McKinny. We thank her for permission to share them here. 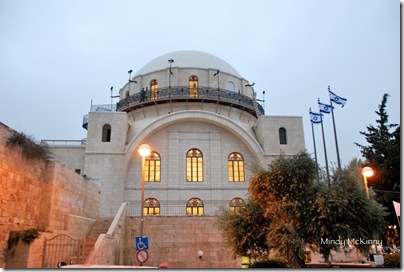 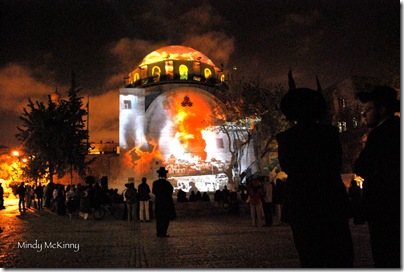 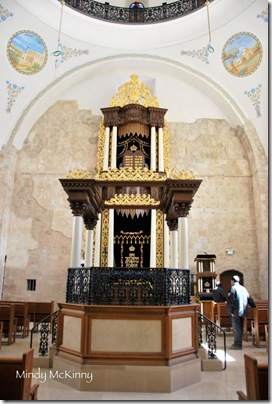 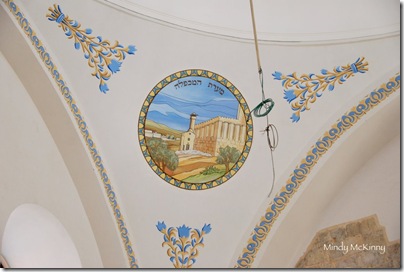 One thought on “Hurva Synagogue Photos”