There are few “facts” in archaeology. There are artifacts which can become “data,” but only when they are properly excavated in context, interpreted in relation to a pertinent question, and published (i.e., “given”) in full. The notion that the archaeologist is an “objective” scientist, who approaches a site with a mind that is a tabula rasa, is incredibly naïve—and dangerous. We see in the dirt only what we are sensitized to see; and unfortunately, we unwittingly destroy the rest of the evidence in getting it. 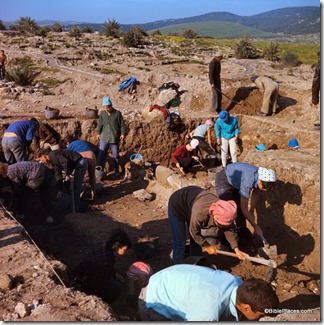 Excavations of Megiddo under Yigael Yadin, April 1967 Source: Views That Have Vanished
Share:

8 thoughts on “Interpretation in Archaeology”