Picture of the Week: The Ruins of Tell Hum

Site identification can be tricky business.  Just because a Bible atlas or a scholar says that site X was once the ancient city of Y, doesn’t mean that you have to believe him.  Let’s look at an historical example. 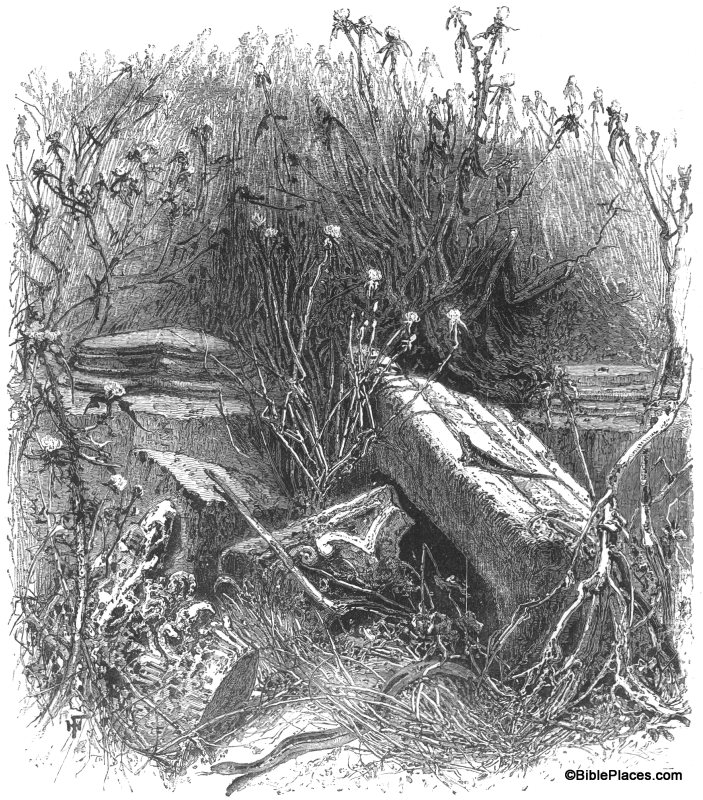 Our picture of the week comes from Picturesque Palestine, Volume II: Samaria, Galilee, and Syria.

It is entitled “The Ruins of Tell Hum.”  Here you can see the ruins of an ancient synagogue as they appeared in the 1870s.  Today these ruins have been reconstructed and look like this: 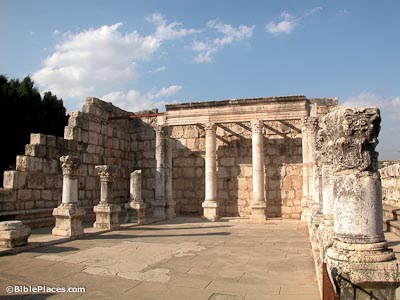 Look familiar?  Chances are that if you have visited Israel, you have been here.  But today we don’t call it Tell Hum … we call it Capernaum.

In addition to digital pictures in this collection, there is also a full copy of the 1881 book in pdf files.  The book provide us with a window into the scholarship of the late nineteenth century, with all its related observations, conclusions, and debates.  At the time, the location of Capernaum was in question.  Today we are fairly certain that Tell Hum was the location of Capernaum.  Yet back in 1881, the site had not been excavated and it was a debated issue, similar to how other sites are debated today.  Unfortunately, the author of this section of the work was on the wrong side of the debate.  This is how the author argues against identifying Tell Hum with Capernaum:

Tell Hûm itself is so thickly overgrown with thistles and weeds of every kind, that at certain seasons it is almost impossible to get about. Among the ruins the absence of blocks of stone will be noticed, and instead, the extensive use of boulders in all the common houses. In fact, the ruins, as such, are of a very inferior kind. With the exception of what is thought to have been a synagogue, including a large building which at some time enclosed it, Tell Hûm has no ruins that would be worth visiting. The remains of this synagogue have been referred to as an evidence that Tell Hûm represents the site of Capernaum of the New Testament; but the preservation of these ruins is such as to justify the conclusion that they date from the second to the fourth century of our era, rather than from the time of Christ. Besides, Tell Hûm is two and a half or more miles from the point where the Roman road touched the lake, and hence would be a most unlikely place for a custom-house. It has no remains of a road or of a castle, and the unimportant character of the ruins has just been noticed. If Capernaum was here, it could have no possible connection with the plain of Gennesaret, which, we infer from the Gospels, should be the case. The place possesses no harbour, and in fact hardly a landing-place for a boat. This would be quite true in a storm, or at any time if the sea were very rough.  (Selah Merrill, “Galilee,” in Picturesque Palestine, Vol. 2, p. 86)

What Dr. Merrill says about the date of the synagogue is correct.  The synagogue from the first century was most likely torn down and replaced with this beautiful building that later fell into ruin.

But in the end it is a moot point and his other arguments have not withstood the test of time.  The general consensus today is that Tell Hum is the site of ancient Capernaum.

It is true that we have come a long way since the nineteenth century explorers were doing their pioneering work.  And yet, one has to wonder … What site identifications do we hold to today that will cause people in the next century to chuckle and shake their heads at our ignorance?  I guess that’s part of the appeal of archaeology.  There are so many mysteries still left to unravel.

This and other pictures of nineteenth-century Galilee are available in Picturesque Palestine, Volume II: Samaria, Galilee, and Syria and can be purchased here.  Additional historic images of the Capernaum can be seen here, and modern images of Capernaum can be found here.

2 thoughts on “Picture of the Week: The Ruins of Tell Hum”