Picture of the Week: Abel-beth-maacah

Our photo of the week is a profile of the small, but significant site of Abel-beth-maacah. If the name doesn’t ring a bell, then allow me to refresh your memory with a story … 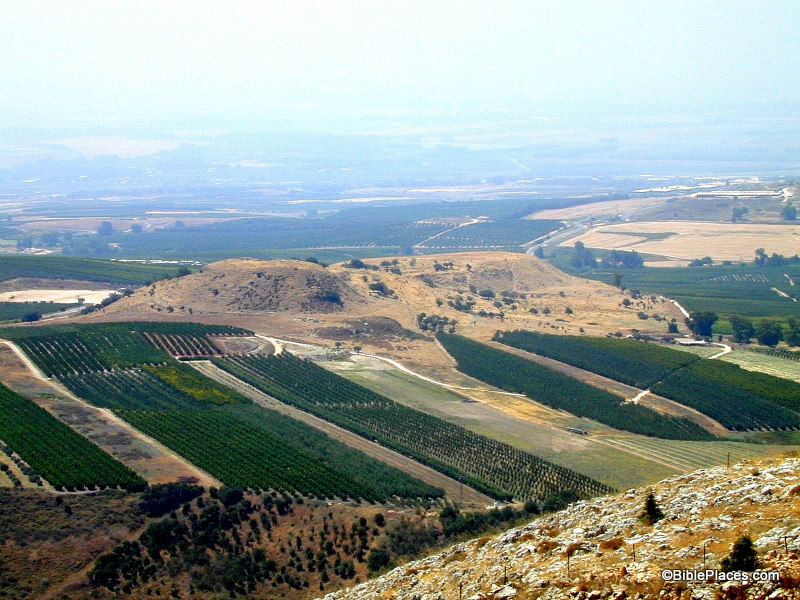 During the reign of David, shortly after the time when Absalom tried to usurp the throne, a man named Sheba rebelled against David and led away the entire northern kingdom (2 Sam. 20:1-2). So David sent Joab and some of his soldiers to pursue him. Joab and his troops were coming up from the south, so naturally Sheba headed north.  In fact, he kept running north until he reached one of last cities before reaching Israel’s northern border: the city of Abel-beth-maacah (2 Sam. 20:14).

Unfortunately for him that proved to be a poor choice. While Joab was attacking the city, things took a turn to everyone’s advantage (except Sheba’s):

Then a wise woman called from the city, “Listen! Listen! Tell Joab, ‘Come here, that I may speak to you.’” And he came near her …. Then she said, “They used to say in former times, ‘Let them but ask counsel at Abel,’ and so they settled a matter. I am one of those who are peaceable and faithful in Israel. You seek to destroy a city that is a mother in Israel. Why will you swallow up the heritage of the Lord?” Joab answered, “Far be it from me, far be it, that I should swallow up or destroy! That is not true. But a man of the hill country of Ephraim, called Sheba the son of Bichri, has lifted up his hand against King David. Give up him alone, and I will withdraw from the city.” And the woman said to Joab, “Behold, his head shall be thrown to you over the wall.” Then the woman went to all the people in her wisdom. And they cut off the head of Sheba the son of Bichri and threw it out to Joab. So he blew the trumpet, and they dispersed from the city, every man to his home. And Joab returned to Jerusalem to the king. (2 Sam. 20:16-22, ESV)

Thus ends the story of Sheba … but not of Abel-beth-maacah. The city is mentioned two other times in the Bible. One occurrence is in the story of the war between King Asa of Judah and King Baasha of Israel (1 Kgs. 15:16-22). During the struggle, Asa is able to convince Israel’s northern neighbor, King Ben-Hadad I of Damascus, to attack Israel’s northern territories to draw Baasha away from his southern borders (1 Kgs. 15:20). Abel-beth-maacah and the neighboring city of Ijon are specifically mentioned.

The other occurrence is similar, although it records events that happened about 150 years later. In 2 Kings 15:29, Tiglath-pileser III of Assyria begins to conquer Israel by taking over its northern regions. Again, Abel-beth-maacah and Ijon are specifically mentioned.  Being situated on Israel’s northern border meant that you were first in line when an invading army showed up.

As I have mentioned before, one of the most valuable aspects of the Pictorial Library of the Bible Lands is that it includes places and things that are not normally included in a collection of biblical places. Abel-beth-maacah is a case in point. So the next time this site comes up in your OT Survey class or your Sunday School lesson or sermon preparation, you need not be content showing where Abel-beth-maacah is on a map but can also include a couple of pictures to give your listeners a feel for the place.

One final note: As I was writing this post, I was pleased to learn that a major excavation project at Abel-beth-maacah is starting this summer. Information about the dig and several additional photos of the site are available at www.abel-beth-maacah.org. They also have a Facebook page available here, and a blog here.