Picture of the Week: Puteoli

Where did Paul’s “fateful trip” finally end?  In a couple of my latest posts, we have been following Paul as he worked his way from Caesarea to Rome as a prisoner. When we last left him, he was on a ship that was intended for Phoenix on the southern coast of Crete, but instead the ship was blown off course and Paul and his companions were shipwrecked on the island of Malta.

Paul and his companions wintered on Malta (see here and here for pictures). Paul healed many people there and most likely spread the gospel in the area as best he could. When winter was over, Paul and his escort of Roman soldiers were finally able to board another ship and travel to Rome. Our “obscure site” this week is the place where they landed for the last time. After making brief stops at Syracuse and Rhegium, Paul finally ended his long sea journey at the harbor city of Puteoli:

After three months we set sail in a ship that had wintered in the island, a ship of Alexandria, with the twin gods as a figurehead. Putting in at Syracuse, we stayed there for three days. And from there we made a circuit and arrived at Rhegium. And after one day a south wind spring up, and on the second day we came to Puteoli. There we found brothers and were invited to stay with them for seven days. And so we came to Rome. (Acts 28:11-14, ESV.) 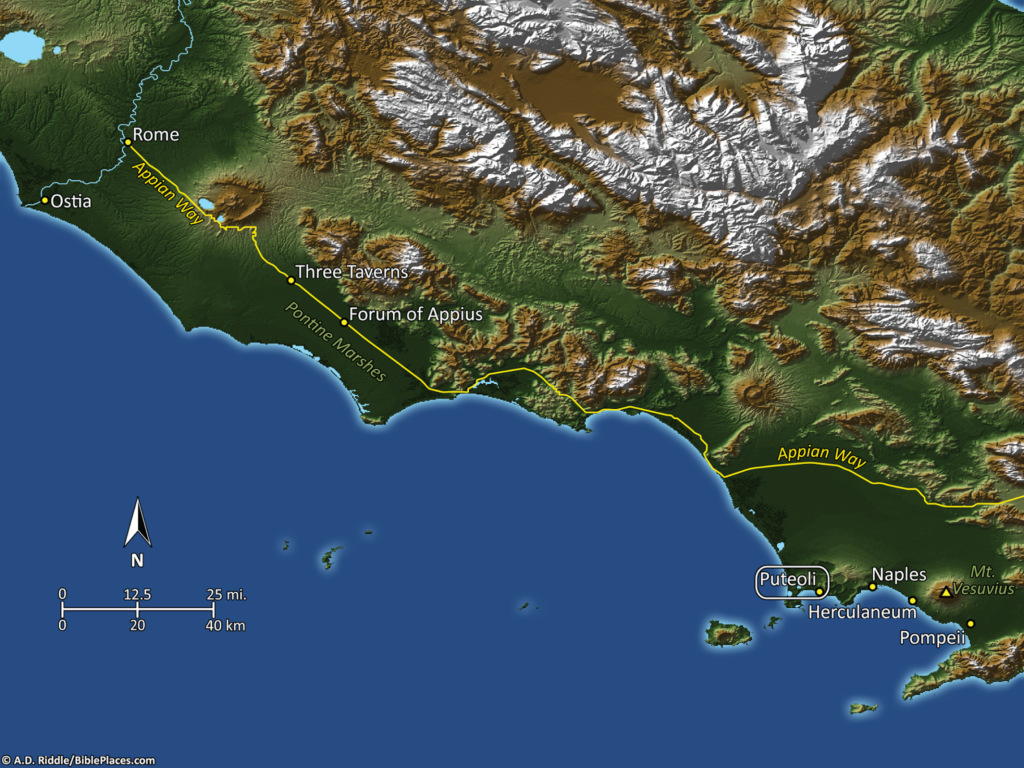 In the map above, Puteoli is located in the bottom right (click on the image to enlarge). Puteoli had a population of about 100,000 people at this time. Its importance was tied to the fact that the Italian Peninsula does not have very many good harbors. Puteoli was one of the few harbors that were deep enough and protected enough to be of much use to the Romans. And since, for many years, it was the closest good harbor to Rome, it was the main harbor of the capital city and commerce streamed in and out of this port. Much of the wealth of the Roman Empire flowed through this spot. 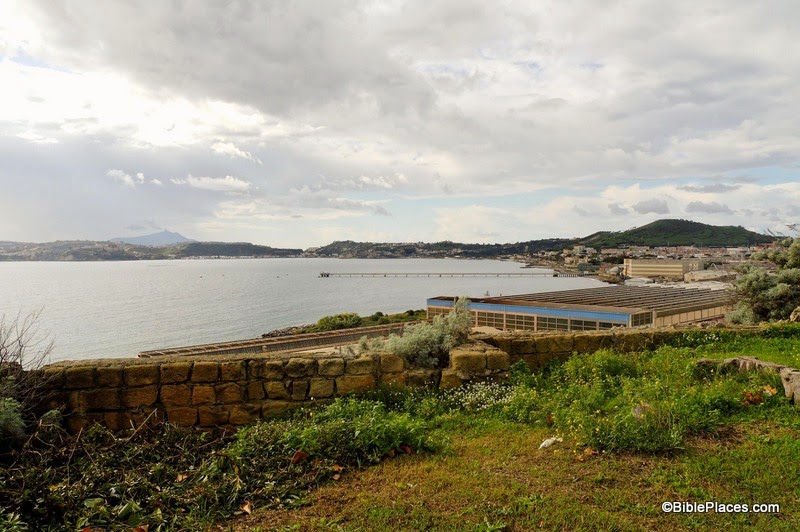 Of course, when we say it was close to Rome, “close” is a relative term. Puteoli actually sits about 150 miles away. From here, Paul had to travel north on the Via Consularis until he reached the city of Capua, and there stepped onto the Appian Way which finally took him to Rome. To continue Paul’s journey and to see a picture of the Appian Way from the PLBL, see my previous post here.

This photograph and map are available in Volume 14 of the Pictorial Library of Bible Lands, and is available here for $24 (with free shipping). Additional images of Puteoli can be seen on the BiblePlaces website here. For other posts in our series on “obscure sites in the PLBL,” see here.
Share: