The Banquet of Ahasuerus 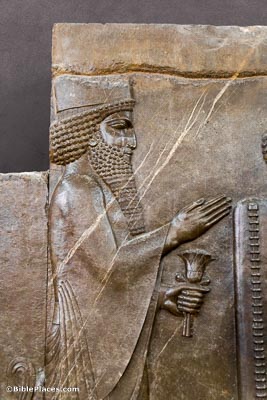 Now it came to pass in the days of Ahasuerus, the Ahasuerus who reigned from India to Cush . . . (Esther 1:1)

The “Ahasuerus” of the book of Esther is recognized by scholars as the same king who was called “Xerxes (I)” by the Greeks. He reigned over the Persian Empire from 485–465 BC. An earlier “Ahasuerus” is mentioned in Daniel 9:1, and therefore Esther 1:1 distinguishes this Ahasuerus from the other one by specifying that this one ruled over a vast empire. Xerxes inherited this great empire from his father Darius I (aka Darius the Great). The king depicted on this relief is likely the very same Xerxes. 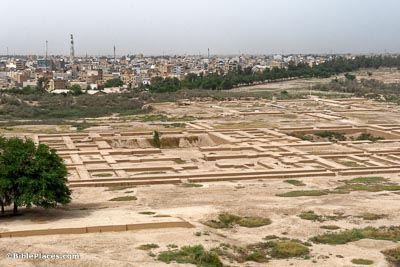 In those days, when King Ahasuerus sat on his royal throne in Susa the citadel . . . (Esther 1:2) 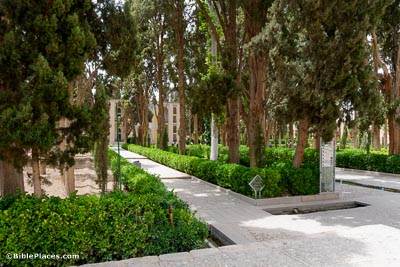 This public feast was held in an open-air garden that was enclosed by the wall surrounding the palace complex. Though the gardens of Xerxes’s time no longer exist, the cultural practice has persisted throughout Persia’s history. Pictured here is Fin Garden in Kashan. It is one of the oldest surviving gardens in Iran, with its earliest stage dating back to AD 1590 during the Safavid dynasty.

A large number of gold drinking vessels from the area of ancient Persia have survived from antiquity. They clearly were not mass-produced; each one is uniquely crafted. Some examples are astoundingly ornate, such as this Medo-Persian rhyton discovered at Ecbatana. 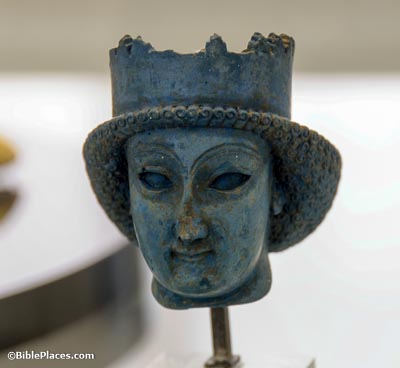 He commanded . . . the seven eunuchs who ministered in the presence of King Ahasuerus to bring Vashti the queen before the king with a royal crown (Esther 1:10-11).

Women are never depicted in the reliefs at Susa or Persepolis, so it can be inferred that Xerxes’s desire to show off his queen was unusual. In fact, depictions of women are rare across all Achaemenid Persian art. This artifact, discovered at Persepolis, is a rare depiction of an Achaemenid Persian queen. It may be a portrait of Atossa, the daughter of Cyrus the Great and wife of Darius I. In any case, the crenelated crown on her head likely signifies royalty. 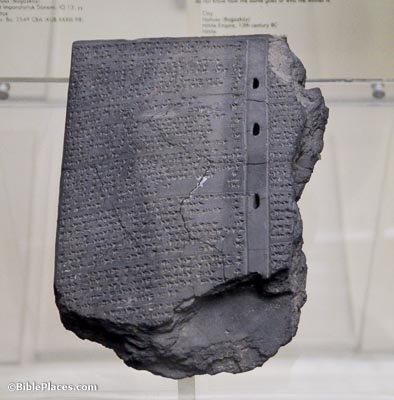 According to the law, what is to be done with Queen Vashti? (Esther 1:15)

The term “law” is the Hebrew dath, a word that occurs in the Old Testament only in Ezra and Esther. It comes from the Late Babylonian dātu and is used in Persian documents to refer to the law of the king and the law of the gods. While there are contemporary references to the laws and edicts of the kings of Persia, no actual law codes have yet been found. The tablet shown here, known as KBo 7.4, is a Hittite law code that dates to several hundred years before the time of Xerxes.