Journey to Decapolis and Return to Capernaum 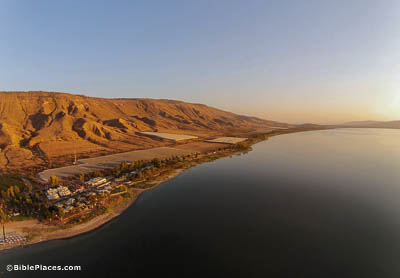 They came to the other side of the sea, to the country of the Gerasenes (Mark 5:1). The southeastern shore was truly the “other side” for Jesus and his Jewish disciples. This was a Gentile area, as tangibly demonstrated by the presence of pigs. Jesus evidently spent very little time here during his ministry, because the place is only mentioned one other time (Mark 8:1-13). 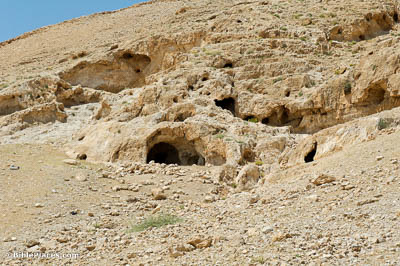 When He got out of the boat, immediately a man with an unclean spirit met Him from the tombs (Mark 5:2). In those days, cemeteries were not like how they are today. Instead of sleeping among open-air rows of tombstones, the demoniac would have dwelt in caves like these, probably nestled between sarcophagi. 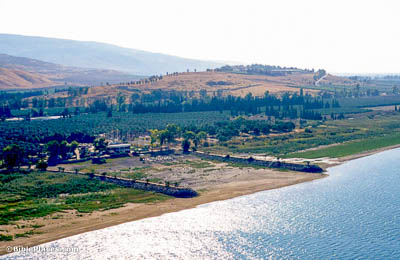 And the herd rushed down the steep slope into the sea (Mark 5:13). This demon-induced rush to the water would have been extremely dramatic. If the earliest manuscripts are accurate, it likely would have taken place in this area, with two thousand pigs doing a marathon sprint from the gold-colored slope in the distance all the way to the shore. 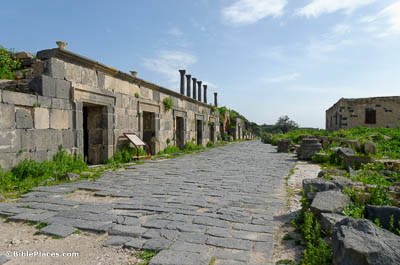 Report of the Herdsmen

The herdsmen fled and reported it in the city and in the country (Mark 5:14). As the pig-tenders ran to nearby Gadara to describe what happened, this would have been a reasonable place for a crowd to form. This street was lined with shops, and probably saw heavy foot traffic throughout the day. Most likely, this was also the first city that the ex-demoniac visited on his missionary journey. 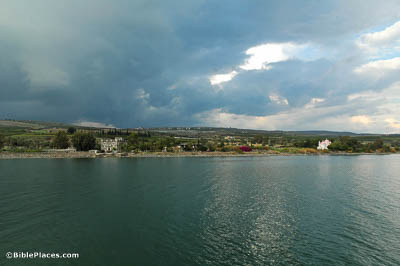 When Jesus had crossed again in the boat to the other side, a large crowd gathered about Him (Mark 5:21). After commissioning the Gentile man as a missionary, Jesus sails back across the sea to Jewish territory. Although the place to which Jesus returned is not named in Mark, the parallel in Matthew 9:1 indicates that it was Capernaum. Approaching the harbor by boat, Jesus would have had a view similar to this one. 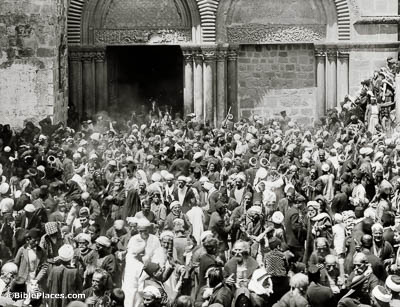 You see the crowd pressing against you and you say, “Who touched me?” (Mark 5:31) The crowd that met them on their return is described as huge, and they were gathered closely around Jesus as he went to heal Jairus’s daughter. In all the confusion (demonstrated here by a crowd of pilgrims), when the bleeding woman touched his fringe and was healed, it makes sense that Jesus couldn’t immediately identify her among the people. 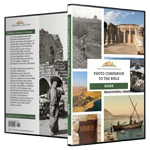 Mark (Photo Companion to the Bible)