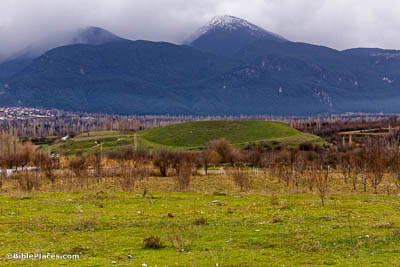 To the saints and faithful brothers in Christ who are at Colossae (Colossians 1:2).

Paul had never visited Colossae when he composed his epistle to the church there (Col 2:1), but he does imply (in Col 1:7-8; 4:12-13) that Epaphras founded the church, along with those at Laodicea and Hierapolis. This was probably during Paul’s third missionary journey, when he preached in Ephesus for three years, “so that all who lived in Asia heard the word of the Lord Jesus, both Jews and Greeks” (Acts 19:10). Members of the church at Colossae included Philemon and his slave Onesimus (Col 4:9; Phil 1:10), along with Archippus and Apphia. 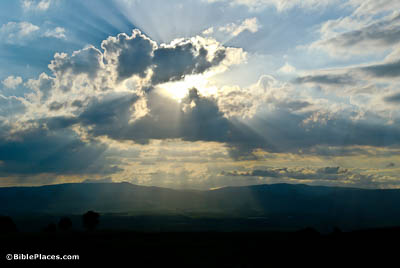 The Glory of the Lord

Strengthened with all power, according to His glorious might (Colossians 1:11).

The phrase “His glorious might” is literally “the might of His glory.” The “glory” of the Lord appears to draw on the Jewish concept of the glory cloud of God, such as the one Paul saw on his way to Damascus when Christ appeared to him (Acts 9:3). The glory of God mentioned here may be contrasted with the “visions” of false teachers (Col 2:18) who wished to lure the Colossian Christians away from the gospel. This picture was taken in the Golan Heights, in the late afternoon. 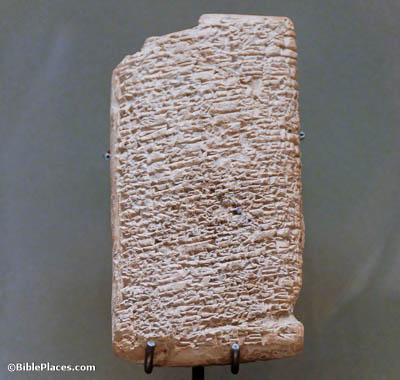 For by Him all things were created, in the heavens and on the earth (Colossians 1:16).

Many creation myths are known from the ancient world. Pictured above is a tablet containing a Sumerian creation myth in which Enki establishes the order of the created world. Paul here tells the Colossians that the true Creator is Jesus Christ. This tablet was photographed at the Louvre Museum in Paris. 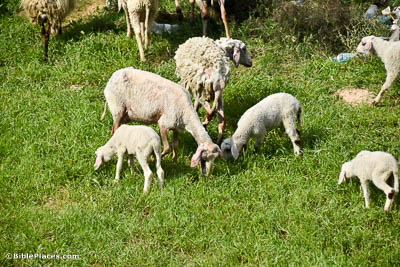 In order to present you holy and without blemish and above reproach before Him (Colossians 1:22).

Lambs without blemish or defect were among the animals that could be offered as a pleasing sacrifice to God (cf. Lev 14:10; 23:12; Ezek 46:13). Such animals were considered clean and innocent. A similar description is given of Christ Himself (1 Pet 1:19). This photograph was taken in the vicinity of Jericho. 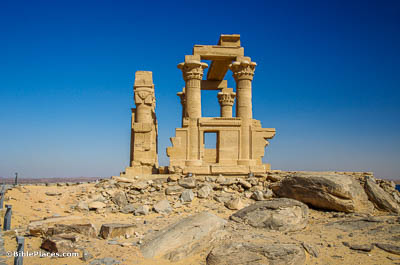 If indeed you continue in the faith, grounded and steadfast (Colossians 1:23).

Paul makes the promise of reconciliation contingent on continuing in the faith. This affirms similar statements by Paul made elsewhere (e.g., Rom 11:22; Phil 2:12; cf. John 15:5-6; Heb 10:35-36). The concept of standing firm is illustrated here by the Kiosk of Qertassi, a small Roman temple that once stood at the entrance to the sandstone quarries at Qertassi in southern Egypt (now moved to New Kalabasha). Although the kiosk is nearly 2,000 years old, parts of it are still standing, witness to a solid foundation and to the skill and wisdom of the builders. 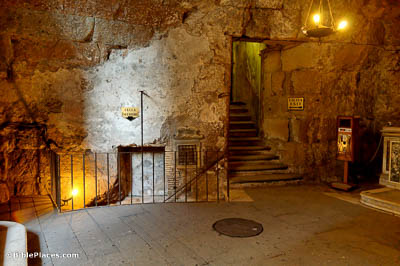 Now I rejoice in my sufferings for your sake (Colossians 1:24).

According to tradition, Paul would eventually be incarcerated and executed in Rome. The state rarely incarcerated common criminals but kept the Mamertine Prison for political prisoners doomed for execution by being thrown off the Tarpeian Rock. Enemies of the state, such as Jugurtha and Vercingetorix, were often strangled here. Sallust, a Roman writer in 40 BC, described this prison, known to him as the Tullianum, as “about twelve feet deep, closed all round by strong walls and a stone vault. Its aspect is repugnant and fearsome from its neglect, darkness, and stench.” 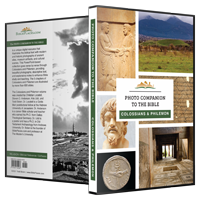