Judgment in the Roman World

I solemnly charge you in the presence of God and Jesus Christ, who will judge the living and the dead (2 Timothy 4:1).

Many of the issues that required legal judgment in the Roman system were handled by magistrates. This relief shows a magistrate in his chariot followed by a scribe. In front of the chariot are his two lieutenants (lictors), carrying fasces (a bundle of rods with a projecting ax blade, carried as a symbol of a magistrate’s power). This sarcophagus was photographed at the Vatican Museums. 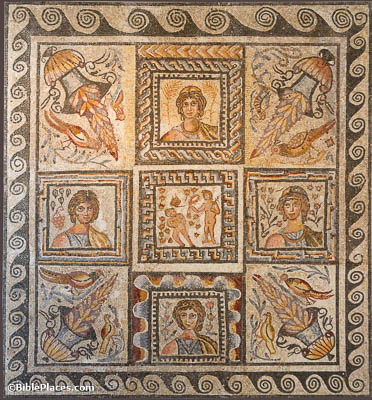 The word translated here as “in season” (Gk. eukairōs) refers to a time that is convenient or suitable, where as “out of season” (Gk. akairōs) refers to an inconvenient or ill-timed event. In Galatians 4:10, the word “season” (Gk. kairos) is used with reference to the four seasons of the year, which is a fitting analogy. Although agricultural tasks like planting and harvest follow a general seasonal cycle, each year is different, and the good farmer is prepared and ready for tasks that come earlier or later than expected. This Roman mosaic depicts the four seasons. The figure at the top represents summer; moving counter-clockwise the viewer encounters fall, winter, and spring. 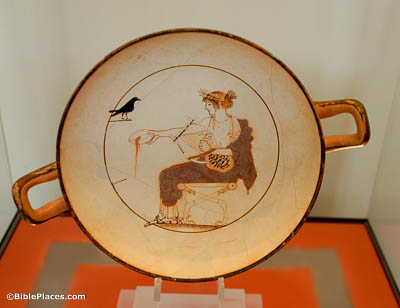 For I am already being poured out as a drink offering (2 Timothy 4:6).

The phrase “poured out as a drink offering” translates the passive verb spendō. The word was used literally to refer to the pouring out of a libation as an offering to a god; Paul uses it here figuratively, probably with reference to his expectation that he would give his life for the gospel. This kylix, which shows Apollo holding a lyre and pouring a wine libation, dates to 480–470 BC. 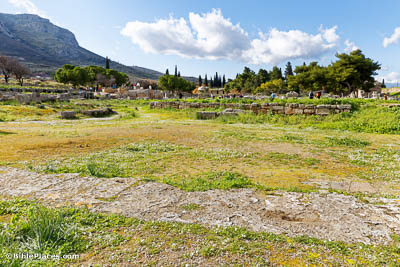 The word “course” (Gk. dromos) refers to movement along a path from one point to another. It was used by the Greeks to describe the movements of the heavenly bodies, but also, and perhaps more germane to Paul’s point here, to delineate a course or track used in a race, whether on foot or by horse. Paul uses the word figuratively to describe the path he has taken in faith, following Jesus. 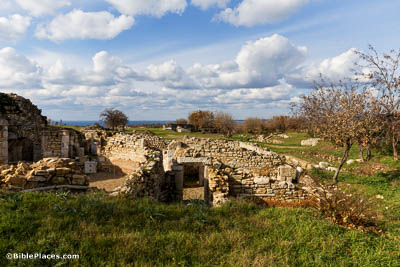 Troas was a port city on the Aegean Sea, in modern northwestern Turkey. Paul had visited the city on his second missionary journey (Acts 16:8-11) and on his third missionary journey (Acts 20:5-6). This last visit was in about AD 56, some six years before Paul’s (presumed) release from his first imprisonment at Rome. Since it seems unlikely that Paul would request an item of clothing that he had left elsewhere some five years earlier, this statement can probably be taken as evidence that he had recently travelled in this area. 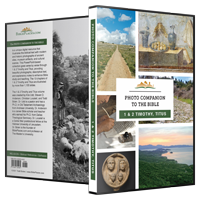