Remaining Faithful in the Long Haul 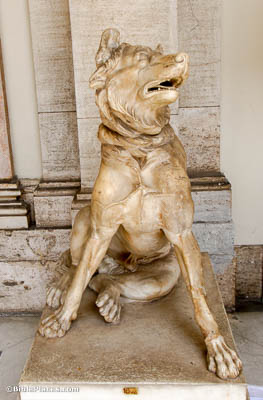 Beware of the dogs (Philippians 3:2). 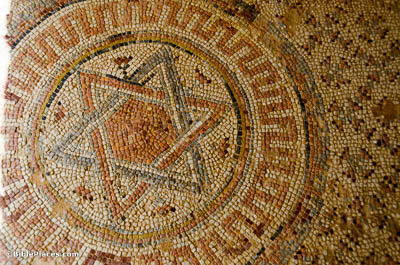 For we are the circumcision (Philippians 3:3).

In referring to believers in Jesus as the actual or true “circumcision” (Gk. peritomē), as opposed to the “mutilation” (Gk. katatomē), Paul suggests that those who follow Jesus are the true or genuine children of God. They are the true descendants of Abraham, not physically, but spiritually. This is symbolized in this photo by the adoption of a traditional Jewish sign, the six-pointed star of David, in the floor mosaic of a ca. 4th century Christian church at Shiloh. 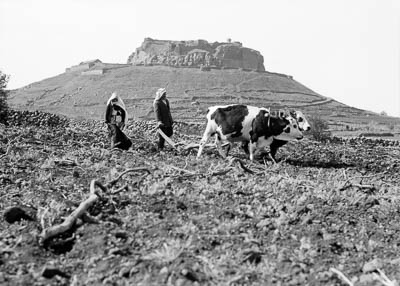 I do not regard myself as having laid hold of it yet (Philippians 3:13).

To “lay hold of” (Gk. katalambanō) carries the sense of making something one’s own, sometimes in the sense of winning (a competition), but also in the sense of attaining or coming into possession of (as in an inheritance). Paul’s hope of eternal life is, in fact, a hope, something which is not yet in hand. A similar idea was stated by Jesus when He said, “No one, after putting his hand to the plow and looking back, is fit for the kingdom of God” (Luke 9:62, NASB), reaffirming the need to continue on in faith. This is illustrated here by a man plowing with a pair of cattle; his work does not have an immediate reward but is a necessary step in gaining the harvest. This American Colony photo was taken in April of 1938. 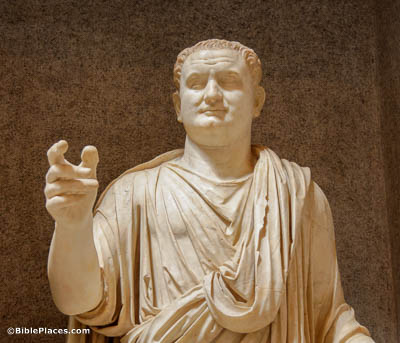 Let us therefore, as many as are perfect, have this attitude (Philippians 3:15).

Most English versions take the word “perfect” (Gk. teleios) in the sense of maturity. This gives the sense that those who are spiritually mature should be in agreement with Paul in pressing on in the faith. The statue of Titus shown here depicts a mature man (and Roman emperor) who is past the stage of youth or immaturity. This statue was photographed at the Vatican Museums. 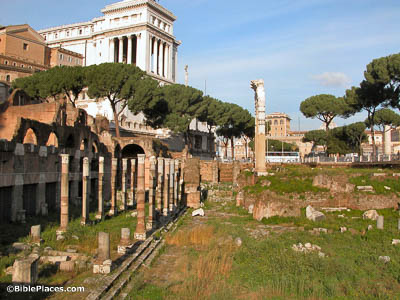 Our citizenship is in heaven (Philippians 3:20).

Since Philippi was recognized as a Roman colony, the citizens of Philippi were considered Roman citizens. The concept of holding citizenship in a faraway place (heaven) was something the Philippians could relate to—their earthly citizenship was in Rome, even though they were living in Philippi and may never have been to Rome. Pictured here is the Forum of Julius Caesar in Rome. 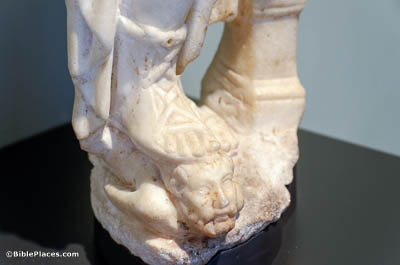 He has power to subject all things unto Himself (Philippians 3:21).

The idea of complete subjection was depicted in the ancient world with scenes of enemies being underfoot. Such imagery can be found as early as the 8th century BC in Assyrian art. The same imagery was used by Greco-Roman artists to depict complete conquest, as with the image shown here. This marble statue was photographed at the Getty Villa in southern California. 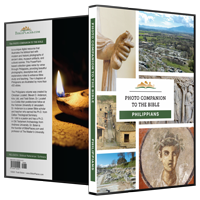 Philippians (Photo Companion to the Bible)