The Glory of Representing Christ 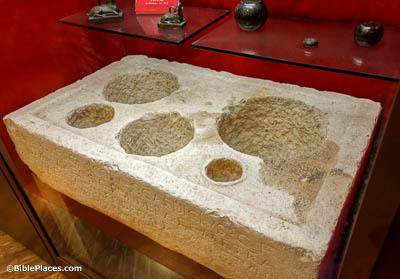 We do not want to be exploited by Satan, for we are not ignorant of his schemes (2 Corinthians 2:11).

The verb “exploit” means to take advantage of, defraud, or cheat. This kind of problem was sometimes encountered in the marketplace, and one of the measures taken to counteract it was the installation of standard measuring tables in the public square. The measuring table shown here, known as a mensa ponderaria, was used to provide a standard unit of measurement against which the measurement of dealers could be gauged. 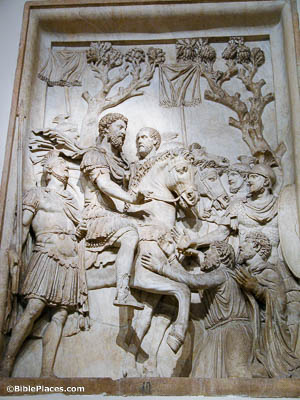 But thanks be to God, who always leads us in triumphal procession in Christ (2 Corinthians 2:14).

The verb used in this verse draws on the imagery of victorious Roman generals leading their troops through the capital city in a triumph. This type of scene was common in Roman iconography. Pictured here is one example of a relief showing a triumphant Roman emperor on horseback. This relief was photographed at the Capitoline Museums in Rome. 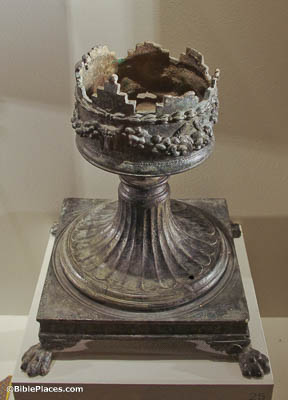 Through us he spreads the fragrance of the knowledge of Him in every place (2 Corinthians 2:14).

The word “fragrance” refers to that which stimulates the sense of smell; depending on the context, it can refer to a sweet aroma (as here) or to a bad odor, like the smell of a corpse. Elsewhere Paul twice uses the same word in the context of sacrifice (Phil 4:18; Eph 5:2). While this could simply refer to the smoke of a burnt offering, it could also refer to the popular Roman custom of burning incense to the gods, a practice that was valued solely for the fragrance it produced. This bronze incense burner dates to about AD 100. Coals would be added to the bowl, and incense would be sprinkled on top of the coals, producing a fragrant smoke. 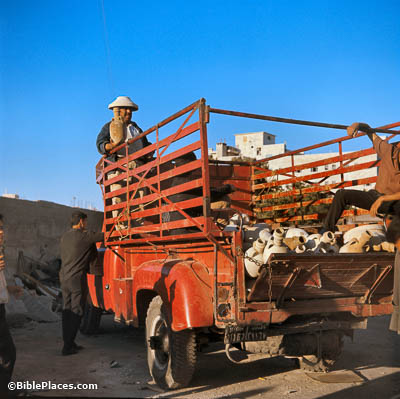 For we are not like many, peddling the word of God for profit (2 Corinthians 2:17).

These men have a truck full of various kinds of pottery in the back of their truck that they are peddling outside Jerusalem. In a humorous twist, the man standing at the back of the truck bed has a bowl inverted over his head as a way to draw attention. This photograph was taken by David Bivin in July 1967. 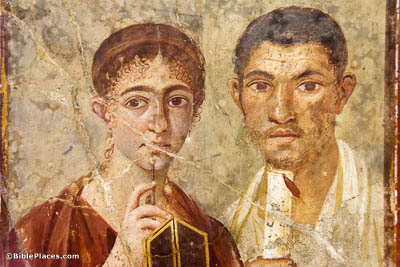 But we preach the word of God in Christ with sincerity, like those sent from God (2 Corinthians 2:17).

This fresco shows a man and his wife in a serious pose, illustrating the sincerity and solemnity with which Paul wrote to the Corinthian church. In this portrait, the wife holds a set of wooden tablets, along with a stylus that is pressed to her chin. He holds a papyrus scroll, also pressed to his chin. The implication is that both are literate, an unusual accomplishment in the 1st century, when literacy is estimated to have been in the single digits. 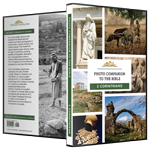