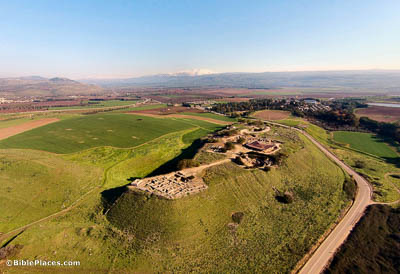 And Yahweh sold them into the hand of Jabin king of Canaan, who reigned in Hazor (Judges 4:2).

Known in Joshua’s day as “the head of all those kingdoms,” the 200-acre (81-ha) tell of Hazor is the largest tell in Israel. At its height, in the Canaanite period, the city encompassed the entire tell, including both the lower and upper sections. When it was later inhabited by the Israelites, the fortified city included only the Upper City. Hazor sat along the route of the International Highway, and it is one of the few cities of antiquity noted in extrabiblical texts from Egypt, Israel, and Mesopotamia. 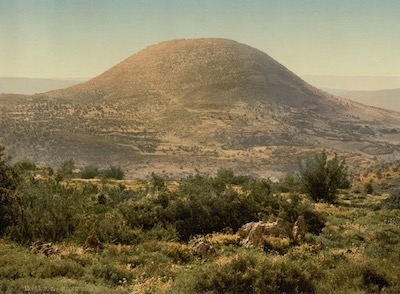 Mount Tabor sits at the eastern end of the Jezreel Valley, 11 miles (17 km) southwest of the Sea of Galilee. It rises high above the floor of the valley, with its summit reaching an elevation of 1,843 feet (575 m). This photochrom image was taken in the 1890s when the mountain was largely barren of trees. Compared to the mountain’s modern appearance, this is likely a closer reflection of how Tabor looked in Barak’s day. 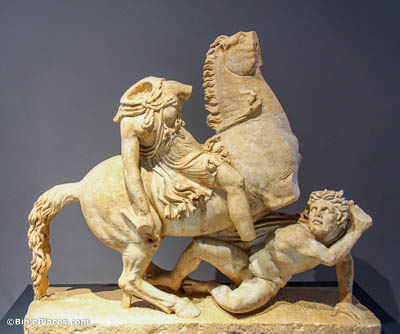 The journey . . . will not be for your glory, for Yahweh will sell Sisera into the hand of a woman (Judges 4:9).

In Greek mythology, the Amazons were a tribe of women warriors. Although Deborah is not described as participating in combat, her courage in leading the Israelites into battle is noteworthy, and instead of Barak receiving glory from the victory, that would belong to another woman—Jael. The Amazon statue shown here is considered to be based on a 2nd century BC Pergamene model, and it comes from the imperial villa in Anzio, Italy. 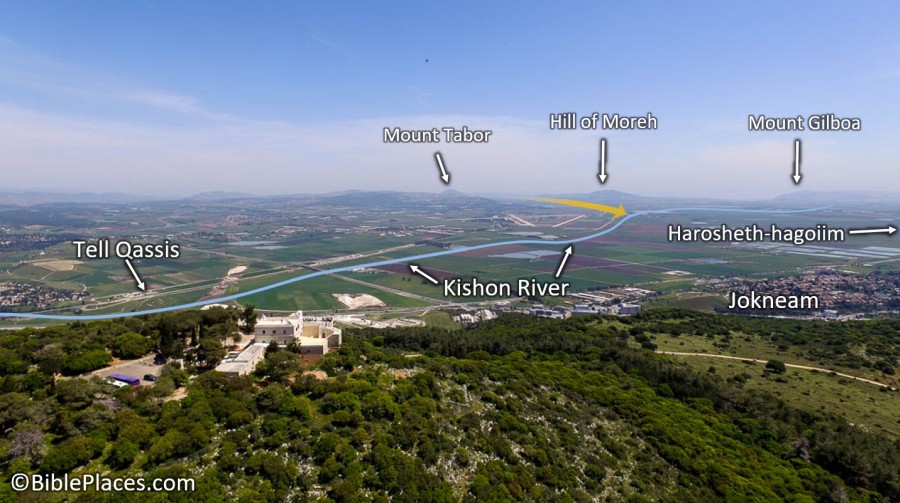 Battle in the Jezreel Valley

Barak pursued after the chariots, and after the army, to Harosheth-hagoiim (Judges 4:16).

This panoramic view of the Jezreel Valley was taken from atop Mount Carmel, west of the battlefield. Mount Tabor can be seen on the horizon, as well as the plain across which Sisera’s forces fled from the Israelites. The destination of the Canaanite forces was Harosheth-hagoiim, which is commonly believed to be in the area of Taanach or Megiddo. 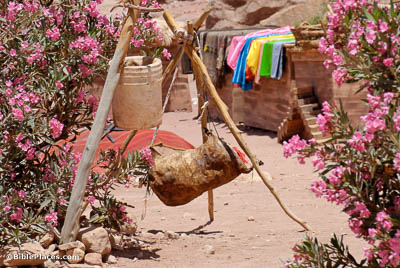 And she opened a skin of milk and gave him a drink and covered him (Judges 4:19).

The term “skin” (nod or nodah) refers to an animal skin used as a leather bottle. Such skins were also used for other liquids, such as water and wine. The skin shown here is suspended from a small tripod, allowing it to be shaken back and forth with little effort to produce butter. 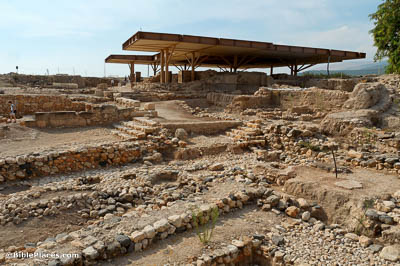 And the hand of the children of Israel prevailed more and more against Jabin king of Canaan, until they had destroyed Jabin the king of Canaan (Judges 4:24).

The structure located under this modern roof at Hazor is a massive palace from the end of the Late Bronze Age. It was destroyed in a massive fire. It is worth noting that despite the fact that Hazor was resettled and heavily fortified during the Iron II, the area of the Canaanite palace was never used again even though it was situated at the most desirable location on the tell. In fact, the excavators found a few shrines dating from the Iron I and Iron IIA that they suggest were devoted to the remembrance of the Israelite destruction of Hazor.