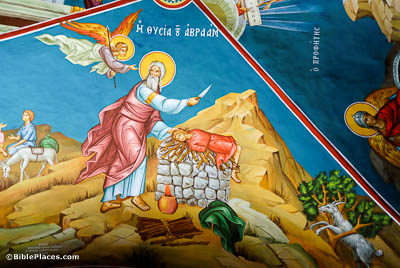 What then shall we say that Abraham, our forefather, has found according to the flesh? (Romans 4:1)

One of the most notable acts of obedience Abraham rendered to God was his willingness to offer his only son Isaac on or near Mount Moriah, where the Temple would later be built by Solomon (Gen 22:1-18; 2 Chr 3:1). Paul poses this rhetorical question to introduce the cases of Abraham and later David as proof of his claim that justification is by faith alone. Justification cannot be merited on the basis of our obedience, which Paul has previously shown to be already forfeit by fallen humanity (Rom 3:9-18). This painting was photographed at Mar Saba, a monastery in the Judean wilderness that was founded in the 5th century AD. 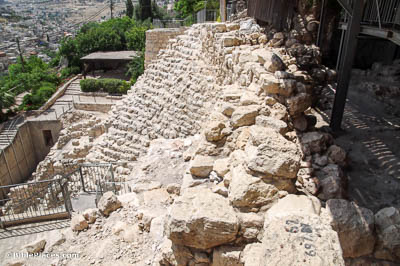 David also pronounces blessing on the man to whom God credits righteousness apart from works (Romans 4:6).

David experienced the dire need of forgiveness in his sin with Bathsheba, in which he committed adultery and murder (Ps 51). Pictured above is a revetment wall supporting what some have identified as the location of David’s palace, from which he probably saw Bathsheba (2 Sam 11:2). In the next verse Paul quotes from Psalm 32, a poem of David that asserts a guilty person can still be counted righteous if their sins are forgiven. 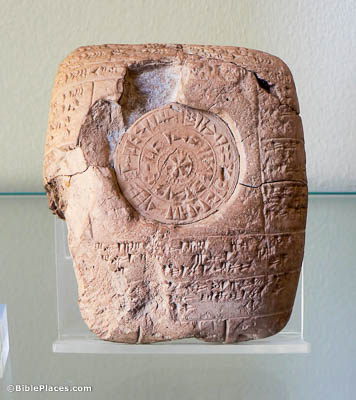 The promise to Abraham and his offspring that he would be heir of the world . . . (Romans 4:13)

Paul argues that what God pledged to Abraham ultimately pointed to the gift of eternal life in His kingdom. This would be according to promise and grace on the basis of faith (Rom 4:11), rather than being based on human merit (cf. Gal 3:1-9). In a way, this is similar to the royal land grants of Moses’s day, like the one pictured here. In these grants, the king would bestow upon his subject a gift of land, much as God bestowed upon Abraham the land of Canaan. Such grants would often also come with an expectation of faithfulness toward the king (cf. Gen 17:1). This is similar to the sacrificial obedience Paul will call his readers to in Romans 12:1 in response to the gift of God’s grace. 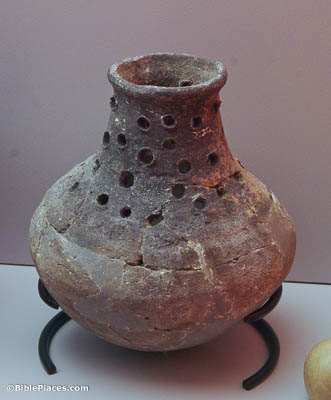 This ancient fire pot with pierced holes illustrates some of the imagery used in Genesis 15:17 for God’s covenant with Abraham, in which God appeared as a flaming torch and smoking fire pot that passed between the divided animal pieces. This signified the judgment one would receive for breaking the covenant. It was as if to say, “Let me be slaughtered as these animals if I do not fulfill the covenant” (cf. Jer 34:18-19). Typically, both parties making the covenant would walk between the pieces, but in this case only God walked through, demonstrating the unconditional nature of the covenant. 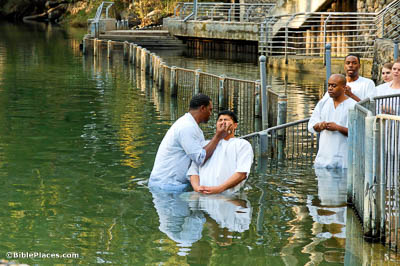 Paul argues that the descendants of Abraham, and thus of the covenant and promises that God made to him, are not those who follow the Law but those who have the same faith that Abraham had. Over time this resulted in the widespread inclusion of people from all backgrounds joining together in following Jesus the Messiah. The outward sign of such a commitment is baptism, shown here in the Jordan River just south of the Sea of Galilee. 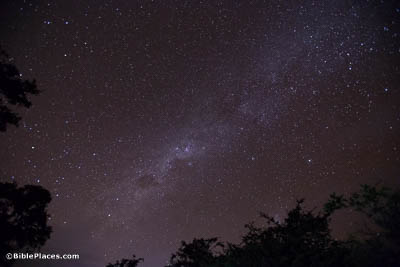 In hope against hope he believed, in order that he might become a father of many nations, as it was said, “So shall your seed be” (Romans 4:18).

The comparison used by God in Genesis 15:5 was the stars. “He took him outside and said, ‘Look up at the heavens and count the stars—if indeed you can count them.’ Then he said to him, ‘So shall your offspring be’” (NIV). The promise to Abraham that his descendants would be as numerous as the stars (Gen 15:5) is not only fulfilled in the multiplication of ethnic Israelites who had genuine faith in God, but was also fulfilled through the inclusion of Gentiles with the same faith as Abraham. Their numbers cannot be counted.