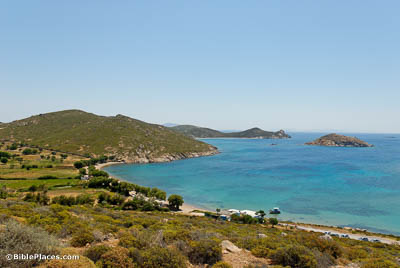 The former heaven and the former earth passed away, and the sea is no more (Revelation 21:1).

John would have had a view of the earth and sea that was something like this, although as he wrote Revelation 21, he was far away in a vision. Exiled on the island of Patmos, John knew the sea as an immediate barrier to his communion with his fellow believers in Asia Minor. 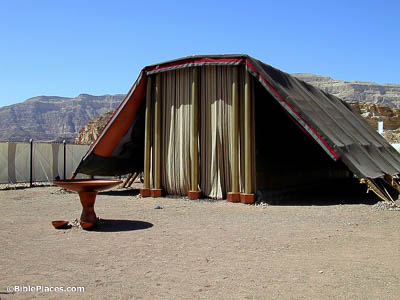 Behold, the tabernacle of God is with men, and He will dwell with them (Revelation 21:3).

The word “tabernacle” (Gk. skēnē) refers to a place of shelter, and it usually refers to a temporary, movable structure like a tent (e.g., Luke 9:33; LXX Gen 4:20). The word is often used to refer to the tabernacle of Yahweh among the Israelites (LXX Exod 27:21), which itself was patterned after a heavenly tent (Heb 8:5). The tabernacle was the Lord’s first dwelling in the midst of His people Israel, and Jesus later “tabernacled” in the incarnation with His people (John 1:14). The full-size model of the tabernacle shown here was photographed in Timna Park in southern Israel. 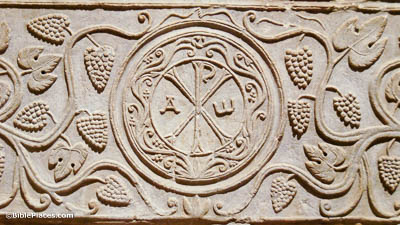 I am the Alpha and the Omega, the beginning and the end (Revelation 21:6).

Alpha and omega are the first and last letters of the Greek alphabet. The symbol on this Christian sarcophagus consists of four Greek letters. At the center of the circle, a chi (Χ) is superimposed over a rho (Ρ); these are the first two letters in the name “Christ” (Gk. ΧΡΙΣΤΟΣ). This symbol is flanked by the alpha (Α) and omega (Ω, alternately shaped, as here, like a W). This title for God, referring to him as the alpha and omega, that is, the first and the last, occurs only in Revelation, and it is claimed by both the Father (1:8) and the Son (22:13). 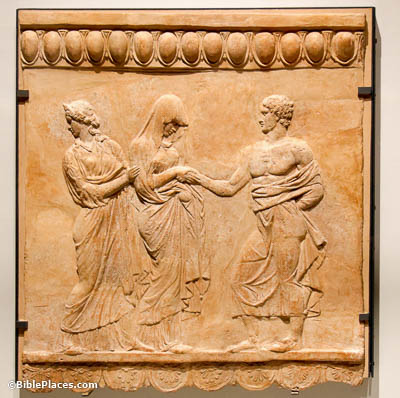 The word “bride” (Gk. numphē) can refer to either a woman about to be married (Rev 21:2) or one who is newly married (Matt 10:35). The terracotta plaque shown here is thought to depict the wedding of Thetis and Peleus, the parents of Achilles in Greek mythology. This plaque was photographed in the Louvre exhibit at the National Museum of Iran in Tehran. 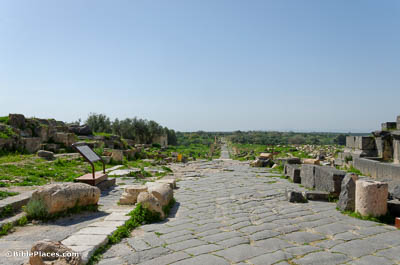 And the street of the city was pure gold (Revelation 21:21).

The “street” of the New Jerusalem is likely an east-west street, since the tabernacle and the temple faced eastward (cf. Num 3:38; Ezek 10:19; 11:23; 43:1-4), and the river of life-giving water that flows out of the millennial temple flows eastward (Ezek 47:1-12). Roman cities typically had a main north-south street called the cardo maximus, and a main east-west street called the decumanus maximus. John evidently understood the main street of the New Jerusalem to be analogous to the decumanus maximus, and therefore he simply refers to it as “the street.” Shown here is the decumanus maximus of Gadara. 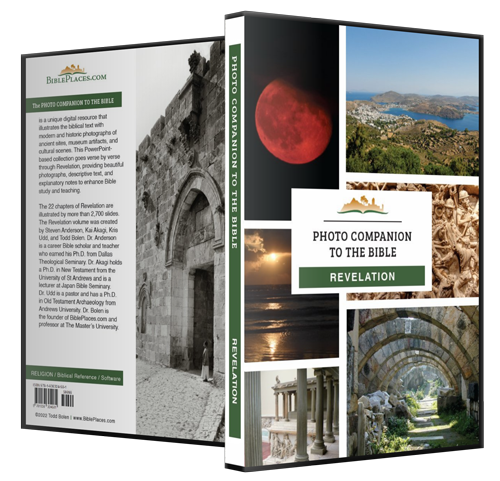