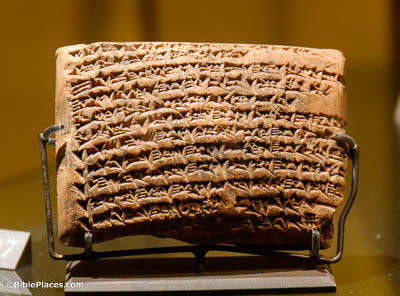 But above all things, do not swear, either by heaven or by earth or by any other oath (James 5:12).

The practice of swearing or taking oaths had a long history already by the time of James. Tablets with oaths are known from almost as early as writing itself. The tablet shown here is dated to the 4th year of Cambyses, about 526 BC. It includes an oath regarding the temple in Uruk. This tablet was photographed at the Louvre Museum. 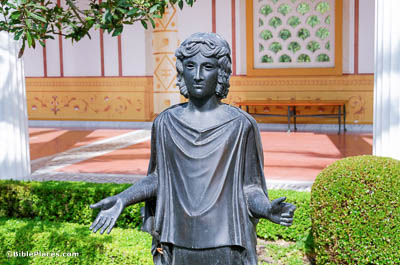 Is anyone among you suffering? Let him pray (James 5:13).

The typical stance taken by a praying person in the 1st century AD was to stand with the arms at one’s sides, elbows bent, with hands outstretched. This statue illustrates a young woman praying (indicated by her outstretched hands). This statue is a cast of the original bronze statue and was photographed at the Getty Villa. 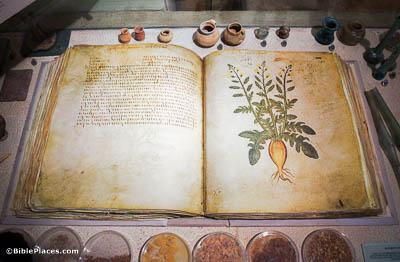 Is anyone among you sick? Let him call for the elders of the church, and let them pray over him, anointing him with oil in the name of the Lord (James 5:14).

Anointing with oil already had a long tradition as a significant symbolic gesture. However, some scholars hold that the anointing mentioned here may have been medicinal. Olive oil is thought to have been a common base used for medicines and potions. This photo shows a facsimile of a 6th-century manuscript of a medical book that was authored in the 1st century AD. It prescribes various botanical remedies for sickness. 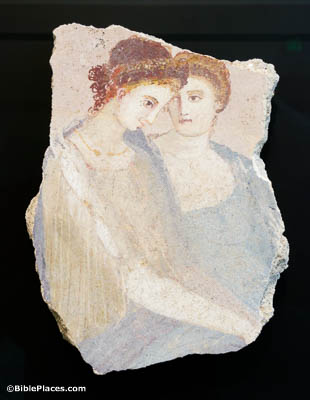 Therefore, confess your sins one to another (James 5:16).

The verb “confess” (Gk. exomologeō) means to make an admission of wrongdoing (cf. Matt 3:6). This first-century fresco depicts two women who appear to be in intimate conversation, one with her head bent forward as she concentrates on listening to the other. This artifact was photographed at the Getty Villa. 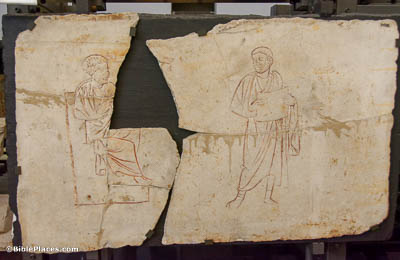 Let him know that he who turns a sinner from the error of his way will save his soul from death (James 5:20).

The manner in which one might turn a sinner from the error of his way is not detailed by James. One possibility would be through correction and teaching, illustrated here by a depiction of Christ (seated) teaching a disciple. This sepulchral slab comes from the Catacomb of Praetextatus in Rome and is dated to the third or fourth century AD. 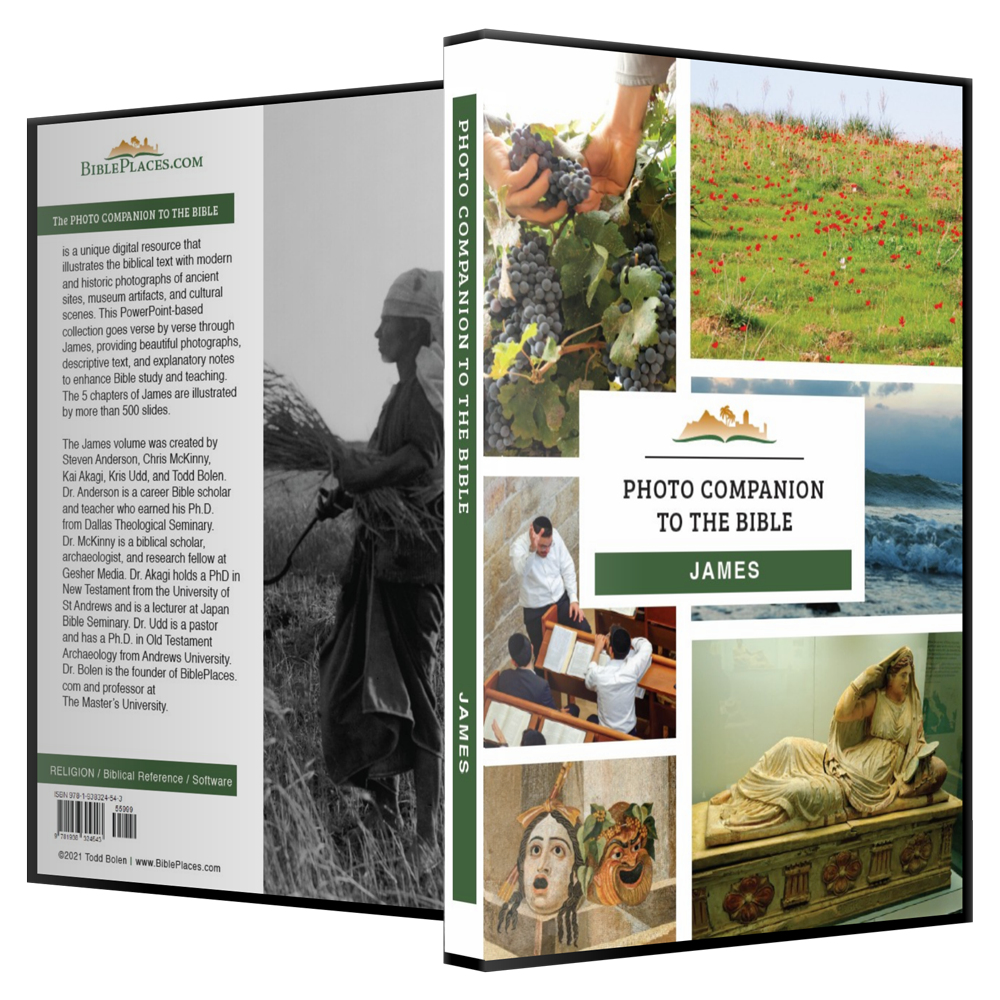 James (Photo Companion to the Bible)