News of the King's Decree 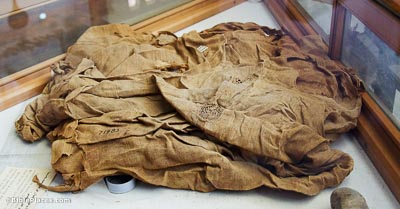 Mordecai tore his clothes and put on sackcloth with ashes (Esther 4:1).

Sackcloth was rough fabric that was usually used to make sacks, not clothing. It is somewhat similar to modern burlap. It is also interesting that the Hebrew word is saq, a word that has been borrowed into the English language. Ancient fabrics are rarely preserved over thousands of years, but the dry climate of Egypt kept this ancient piece of sackcloth from decomposing. 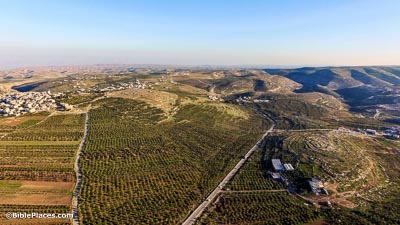 In every province, wherever the king’s commandment and decree came, there was great mourning among the Jews, with fasting and weeping and wailing (Esther 4:3).

Included in the vast territory of Xerxes was the Promised Land itself, which hosted some number of Jewish settlements under Persian rule. Tekoa, a village on the border of the Judean wilderness, was one city reoccupied after the exile (Neh 3:5, 27). Word of the decree would have reached the people living here. 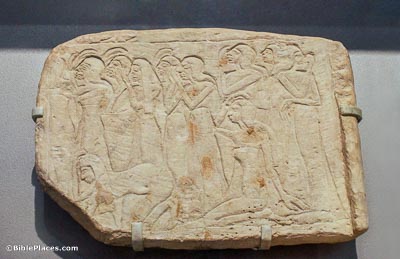 Esther’s maidens and her eunuchs came and told her, and the queen was deeply distressed (Esther 4:4).

Mordecai’s public mourning was probably also intended to catch Esther’s attention, which it did. This Egyptian relief dates to the 13th century, and it depicts women in stances typical of mourning: faces uplifted, hands raised or on their heads, and some kneeling. They illustrate the deep distress of Esther.

The fine and colorful clothing of this guard from Susa gives some idea of the kind of clothing that Mordecai would have worn at his post at the King’s Gate. This is probably similar to what Esther had sent out to him. Esther’s offer of clothing may have been intended to allow Mordecai to enter the palace and inform her or her messenger about what was grieving him. 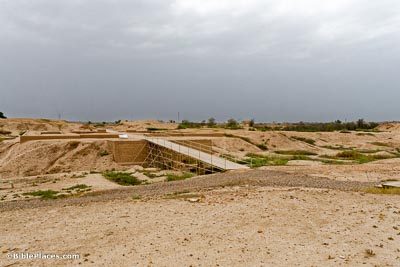 Hathach went out to Mordecai in the square of the city in front of the King’s Gate (Esther 4:6).

Mordecai was unable to enter the King’s Gate because of his state of mourning, so the nearest he was able to approach was the edge of the royal city, across the moat to the east of the King’s Gate. The “city square,” shown in the foreground of this photo, was situated between the King’s Gate and a monumental gate called the Propylaeum. 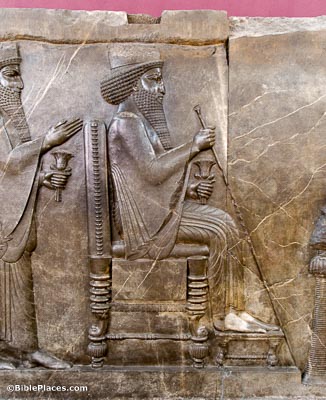 Any man or woman who comes to the king into the inner court without being called, he has but one law, that he be put to death, except the one to whom the king extends the golden scepter (Esther 4:11).

There are several contemporary depictions of Persian kings seated on their thrones, and in each case the king holds a long, slim scepter in his right hand. This relief from Persepolis likely depicts Darius I.