The Battle at Gibeon

After years on the run from Saul, David now saw the possibility of becoming the king that Samuel had anointed him to be. As before, David sought the Lord’s will, and his faithful God directed him to the major city in Judah. Here David would be king for seven and a half years while waiting for the northern tribes to abandon their foolish loyalty to Saul’s failed house. Hebron had been a significant city since the time of the conquest under Joshua. While in Hebron, David married a number of women and became the father of Amnon, Absalom, Adonijah, and other children. This photo shows a vineyard and terraced hillside near the ancient city of Hebron. 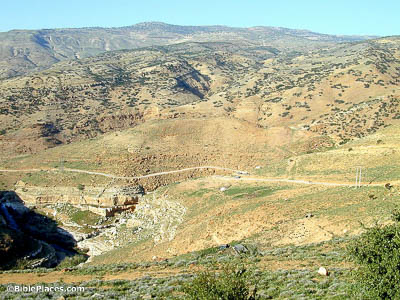 The site identification of Penuel and Mahanaim is difficult and debated. Based on Scriptural evidence, it is believed that Mahanaim is to be found east of Penuel, near the fords of the Jabbok. We also believe the two sites to be close in proximity. Given the available evidence, we believe it best to identify Mahanaim with Tell adh-Dhahab ash-Sharqiyya (east) and Penuel with Tell adh-Dhahab al-Garbiyya (west). 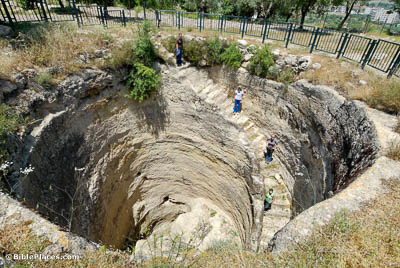 The Pool of Gibeon

The “pool at Gibeon” may refer to a pool outside of the city near one of the several springs located at the base of the tell. This pool is most likely the same as the “great pool in Gibeon” mentioned in Jer 41:12. In his excavations in the 1950s and 1960s, the American archaeologist James B. Pritchard discovered two large watersystems that seem to date to the Iron Age. The massive shaft is shown here, and some scholars believe that this is the “pool of Gibeon” mentioned in the battle between Abner and David’s servants. 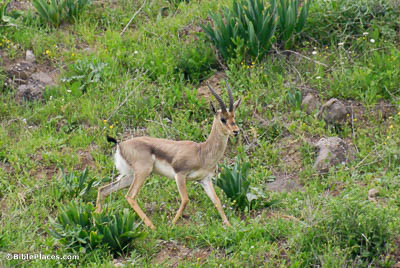 Gazelles are fleet of foot and difficult to capture, even on film. This one was photographed near the Jordan River, north of the Sea of Galilee. Other references to gazelles in the Bible reflect their swiftness and beauty (Song 2:7; 4:5). Though some Gadites are described as being as swift as gazelles, Asahel is the only individual so distinguished (1 Chr 12:8). 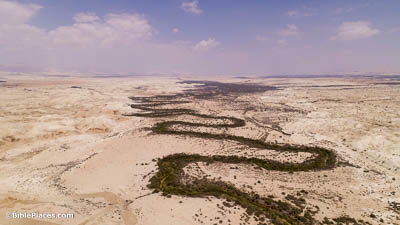 Abner and his men went all that night through the Arabah; and they passed over the Jordan (2 Samuel 2:29).

After the battle at Gibeon, Abner led his troops back to Ish-bosheth’s base at Mahanaim. Apparently chosen because of its secure, out-of-the-way location, Mahanaim required an all-night trek. The term “Arabah” here reflects its biblical usage in contrast to its modern usage. Today Israelis refer to the Jordan Rift south of the Dead Sea as the Arabah, but here it is clear that the Arabah originally referred to the Jordan Rift between the Sea of Galilee and the Dead Sea. This aerial photograph shows the snaking line of the Jordan River as it meanders through the Jordan Rift not far from Jericho.