The Rise and Fall of Abimelech 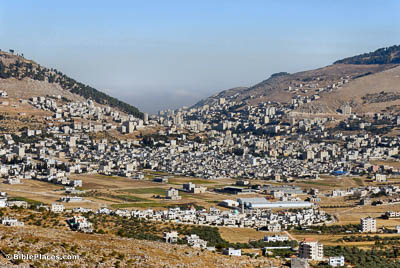 Abimelech the son of Jerubbaal went to Shechem to his mother’s relatives (Judges 9:1).

The ancient city of Shechem is nestled between Mount Gerizim on the south and Mount Ebal on the north. Although not easily defended, the city is well-situated because of the fertile valleys, springs, and communication routes surrounding it. Today it is surrounded by the modern city of Nablus. 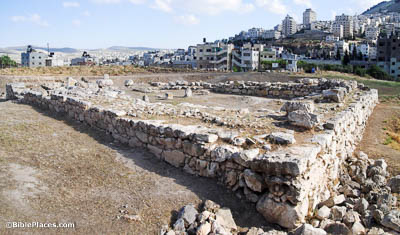 They gave him seventy pieces of silver out of the house of Baal-berith (Judges 9:4).

There is good reason to connect the “house of Baal-berith” at Shechem with the very large temple/fortress uncovered there by archaeologists. It is quite rare that a specific building mentioned in the Bible is uncovered by archaeologists, but this appears to be one such case. Excavations showed that it had a stone foundation and mudbrick superstructure, and its massive walls indicate that the structure had multiple stories. 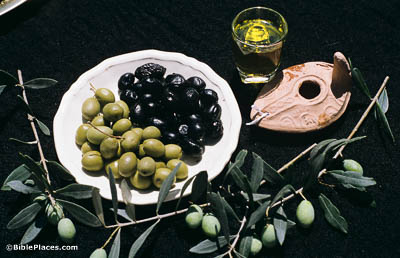 The olive tree said to them, “Shall I leave my abundance, by which gods and men are honored?” (Judges 9:9)

Olive oil, pressed from olives like those shown here, was considered a precious commodity. It was used in a variety of ways in antiquity, from cooking and baking to salves, cosmetics, perfumes, and medicine. One of its best-known uses was for anointing; it had likely just been used for the coronation of Abimelech. 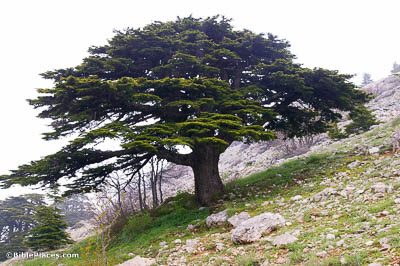 If in truth you are anointing me as king over you, come and take refuge in my shade. If not, let fire come out of the bramble and devour the cedars of Lebanon (Judges 9:15).

The cedars of Lebanon represented the most majestic of all trees, and the lowly shrub now has become their tyrannical leader who calls down a curse upon them for not doing the impossible (taking refuge in the shade of the bramble). That such a majestic tree would subject itself to a bramble points out the absurdity of the whole scenario. This is exactly the message Jotham intended to communicate to the men of Shechem who have now subjected themselves to the “bramble” Abimelech. 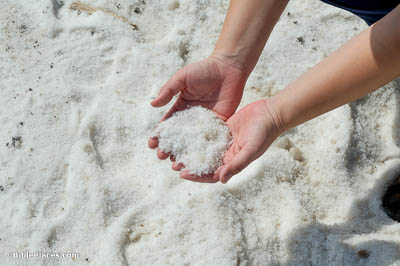 Abimelech fought against the city all that day . . . and he razed the city and sowed it with salt (Judges 9:45).

The scattering of salt over the city was likely a ritual act, invoking a curse on the site. Although it is true that excess salt can render land infertile, this would have been pointless for a city since it is essentially plant-free anyway. Also, the amount of salt needed to actually render Shechem infertile would have been huge, likely much more than what Abimelech had access to. The salt shown here was photographed on the shore of the Dead Sea. 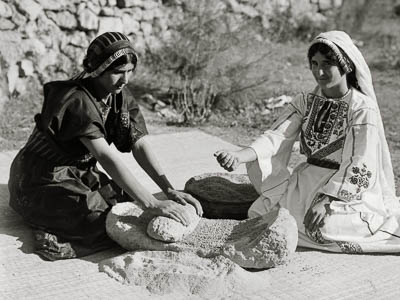 And a certain woman threw an upper millstone on Abimelech’s head and crushed his skull (Judges 9:53).

The mills used for grinding grain at this time (and for many centuries before and after) were a smoothed stone that was worked across a larger flat stone. Often both stones were made of a very hard material such as basalt. The smaller upper stone is the “upper millstone.” Weighing several pounds, such a stone would be too heavy to throw far, but it would be ideal for dropping on an enemy from above.