Now these are the nations which Yahweh left, to test Israel by them (Judges 3:1).

This wall carving comes from the palace of Ashurbanipal (669–627 BC) at Nineveh. It portrays the king’s armorers testing his equipment before a hunt. The man second from the left inspects a bow, while the man in front of him peers down the length of an arrow shaft to check that it is straight. These activities illustrate the testing that God planned for His people, to see if they would remain faithful and true. 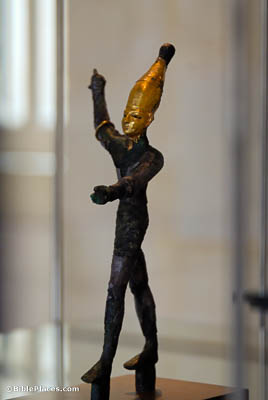 And they forsook Yahweh and served Baal and the Asherahs (Judges 3:7).

Baal was perhaps the most commonly worshipped of the Canaanite gods. He appeared in a number of different regions with slight variations; often he was considered a weather god, since weather (particularly rain or drought) was critical to survival in that region. Baal was most typically depicted in a smiting pose, standing (or more commonly, striding forward) with his right hand upraised and his left thrust forward. The tall crown/hat is also typical of Baal, although similar headdresses were used for other gods as well. 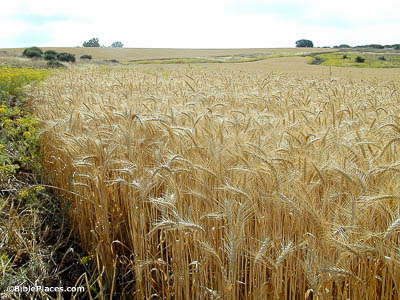 Often Israel’s enemies would invade the land around harvest time, either to steal resources like grain or to destroy the crops and thus weaken the Israelites. This photo of ripe, standing wheat, taken near Bet Guvrin in the Shephelah of Judah, represents the quiet periods when crops could be harvested in peace. Othniel, the man who defeated Cushan-rishataim, was the first named judge of Israel to bring this peace after the death of Joshua. 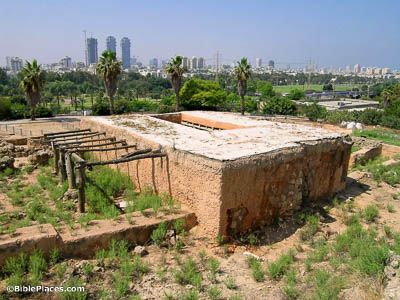 And Ehud came to him as he was sitting alone in his cool roof chamber (Judges 3:20).

The “cool roof chamber” refers to an area on top of a one or two storied building that would have included a covered area. Eglon would have wanted to get as high as possible due to the combination of heat (it is very hot in Jericho) and his weight. Presumably, roofs were often used for sleeping and other activities, as noted by Deuteronomy 22:8, which indicates that Israelites were required to make a “parapet for your roof, that you may not bring blood guilt upon your house, if any man fall from it.” Shown here is a reconstruction of a traditional Israelite four-room house at Tell Qasile. 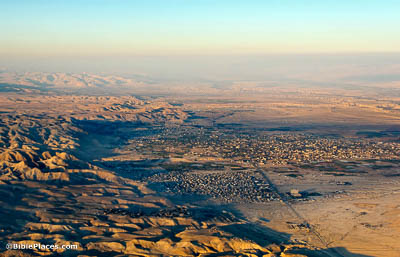 Then the people of Israel went down with him from the hill country, with him in front of them (Judges 3:27).

At this time, Eglon and the Moabites had been settled in Jericho. Consequently, it was to this area that Ehud would have brought the people of Israel to fight against them. This photo shows the area of Jericho from the south. Ehud would have approached Jericho from the west (on the left side of the image), coming down out of the hills of Ephraim to make war. 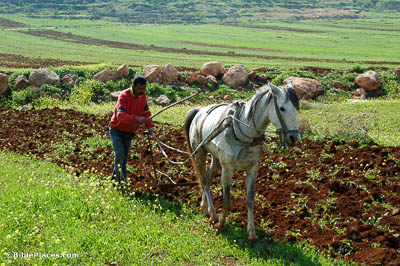 After Ehud comes the brief story of Shamgar, whose weapon of choice was an ordinary farming tool. The oxgoad was a long stick, like the one held by this farmer as he plows his field. It was used to prod the livestock forward during plowing. Here, though, Shamgar used it to defeat Israel’s enemies. His work seems to foreshadow Samson’s slaying of 1,000 Philistines with the jawbone of a donkey (Judg 15:19).